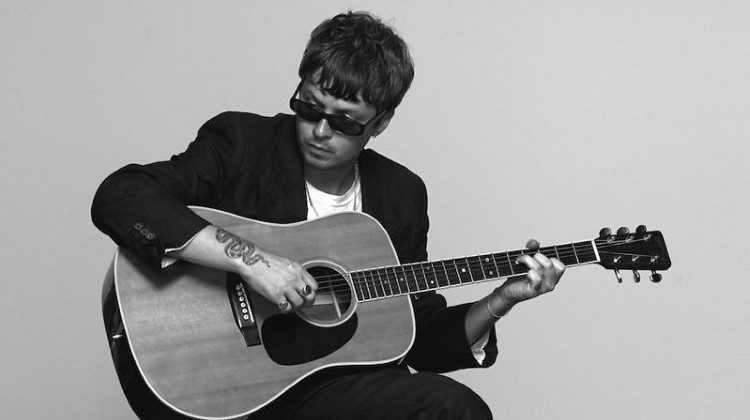 Young Guv splashes some much-needed colour on the guitar band horizon on his double record GUV I and II.

Ben Cook, the chap manning the guitars in Fucked Up, the Toronto hardcore group, has resurfaced with a double album for his Young Guv solo project. And for Cook, the sun shines both musically and reputationally; already gathering plaudits, GUV I and II is guitar pop’s bright answer to all things sombre and serious in the rest of the world in 2019.

Chiefly, the EP will delight those seeking guitar and tambourine swagger. GUV I and II are separate albums, released in two 20-minute segments, but are reportedly part of the same project because Cook’s label, Run For Cover, felt that all 17 tracks were too good to go. It all feels a bit unnecessary, but thankfully the music is certainly of enough quality to divert attention from the label’s marketing strategy. And the two albums do present subtle differences: whilst GUV I sets the sunny scene, the songs on GUV II get a little darker, like Trying to Decide and Song About Feeling Insane which borrows heavily from the great Elvis Costello songbook of paranoia and madness. GUV I opener Patterns Prevail fizzes with Gallagher guitars, whilst Roll with Me bristles with urgency. Every Flower I See is a sweet sepia film score, completely and utterly blissed-out and devoid of complexity: “I wish to walk with you down the street / I remember everything you’ve worn / I sit watching the garden turn from green to blue /  thinking about you / I don’t know if I have felt this way before.”

GUV II’s lead single Caught Lookin is a peach. Part acoustic daydream, part 80s disco homily complete with romance saxophone solo, it beautifully sums up the theme running throughout both GUV I and II – the good ol’ feeling of being unable to remove the perfect somebody from your head.

Cook’s voice has the same quality to it as Lennon’s does in the Beatles’ more psychedelic moments, rasping, but gentle, usually triple or quadruple-tracked for the catchiness of the hooks. There’s even a wobbly harmonica on A Boring Story to complete the nodded reference. The standout track though is GUV II opener She’s a Fantasy. Colour-tinted summer psych-pop, all blissful highs and circle-rimmed sunnies.

It’s been a while since guitar pop music this optimistic, this carefree, sounded so genuine and original.