Home » articles » You Me At Six: Suckapunch – Review 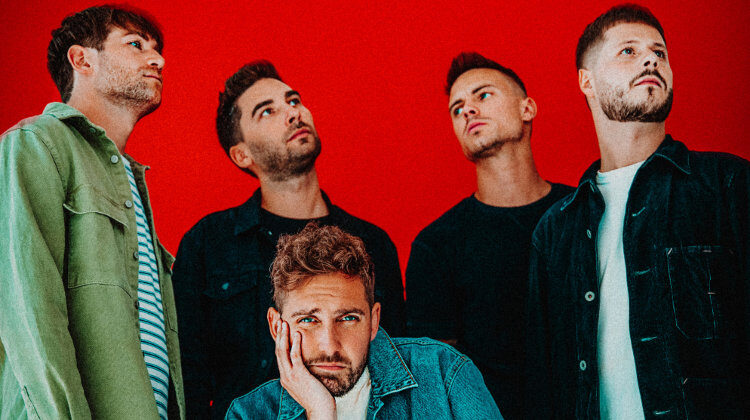 Rock band You Me At Six are releasing their seventh studio album Suckapunch and it’s ready to set your punk rock alter ego free.

This album is a real stand out point in the band’s career as they spread their positive light on what seems like a continuously bleak time with their non-stop, high energy tracks.

Kicking off the album with Nice To Me the atmospheric intro transports you to the feeling at a concert when you are awaiting your favourite band members to make an appearance. The guitars and drums keep you anticipating before finally, lead singer Josh Franceschi joins in. One thing that You Me At Six continuously manage to deliver are fat choruses ready to ignite the fire within you until you find yourself screaming and moshing along to each and every track, and this (along with most on this record) is no different.

Of course, with big choruses and high-energy instrumentation, it is nice for breakdowns to happen and in this very first song, they achieve just that. As the track builds back up again soon after it’s clear that they are always ready to progress their songs, never allowing a track to become repetitive and boring.

On the other hand, the band are also able to bring it down a notch and create vulnerable yet beautiful music. Beautiful Way is a gorgeous track that compares a relationship to the feeling of being high. Glasgow, which is the longest track on the album at 5 minutes 40, also talks about a heartbreak and shows the vulnerability and pain that everyone feels when they lose someone they love. However, in true YMAS style, about four minutes in, the song picks up and repeats the lyric “Stitch Us Back Together” empowering and uniting us as one.

WYDRN and Kill The Mood have different styles to the rest as WYDRN contains some electronic noise in the background which is a new and interesting touch whilst Kill The Mood shows a different side to the band.

This album, like their previous, can be truly remarkable. YMAS never die out of things to say and maybe that’s why they are one of the only rock bands who are still as big as they were when they first started. If you want something to boost your energy levels and get you out of your sluggish ways during lockdown then this is definitely worth giving a listen.