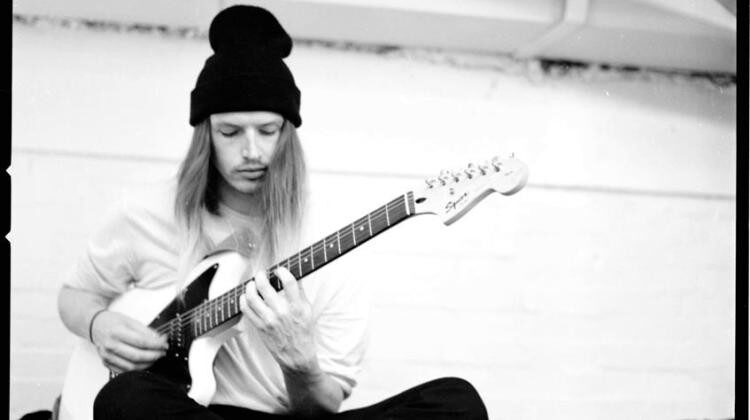 Yore releases his self-titled debut album, capturing the essence of dream-pop but only giving us a small taste of what he’s capable of producing.

With delicate textures and lofty vocals, this album certainly succeeds in providing us with a hazy, airy atmosphere. Yore teams up with a variety of artists to produce a celestial collection of tracks that stop time for a short while but, it has to be said, he definitely has more to offer.

Sally Out (featuring Mellah and Nuha Ruby Ra) sets the tone for the rest of the album with its bright, floaty sound and summery atmosphere. The bass is smooth, fitting well with the echoey vocals and, overall, makes you feel peaceful with its ethereal interlude. Shade (featuring Black Gold Buffalo) follows a similar pattern with mellow guitar riffs and some interesting chord patterns. One is easily transported away upon listening as the vocals that glide above the rest of the instrumentation.

Hawing is probably the standout track on the album, with Iceland-born Rakel Leifsdóttir’s soaring vocals taking centre stage and piercing through the synthesisers. Yore says about the track: ‘we were travelling through Switzerland during summer and … I felt inspired by the scenery and the freeing feeling of being on the road travelling,’ and he certainly captures this mood in the song. The airy melodies continue in Bon Mot (featuring White Flowers) with a slightly more built-up instrumentation that adds a little more substance to the album, and the track is certainly more upbeat than the previous one.

Open Lights (featuring Milan Monk) has a nostalgic tone to it, but this is the point in the album at which the repetitiveness begins to creep in as both the tempo and structure are largely the same as the other tracks. However, the redeeming factor is the wistful-sounding ending interlude that seems quite fitting.

Sol (featuring Panacea) introduces some bubbly percussion and upbeat basslines, keeping the track moving in what would otherwise be a slow three-and-a-half minutes. The same, however, cannot be said for Zig Zag (featuring Oscar Browne) which, whilst mellow, borders on sounding a little tedious.

The introduction of a jazzier percussion and piano in Inside (featuring Této Parvanov) picks up the pace a little, whilst 40/40, which again features Milan Monk, brings it right down again, blending into the other tracks and lacking anything notable. The final song, Fever Dreams (featuring Rusalka), brings a little more melody but ultimately continues along the same vein, save for the pick-up right at the end.

Ultimately, Yore makes for enjoyable listening, but doesn’t showcase Yore’s full potential just yet. Whilst none of the tracks are unpleasant to listen to, they risk blurring into each other and could perhaps benefit from a little more variety. Nonetheless, the sound so far is pleasing, and it will be interesting to see how Yore develops in the future.