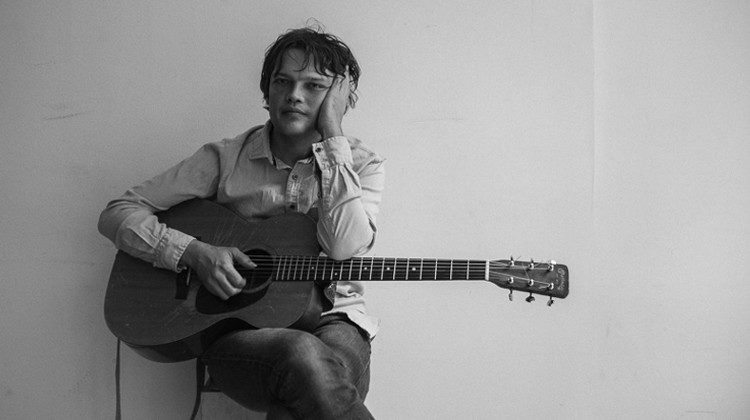 Kelly Reichardt’s status as one of America’s leading indie exponents of quietist, humanist and poetic cinema has long been assured, peddling as she does the polar opposite of mainstream cinema’s preoccupation with flash, noise and action and casting an unobtrusive, attentive and subtly perceptive gaze on silently sad lives existing on the periphery of rural US society.

As a consequence, her small but painterly narratives – frequently loaded with the archetypal tropes of Westerns – horses, trains, lonesome or outsider protagonists searching for something or someone – are imbued with a slow-burning sense of unease, radiating a temperature that lends itself to a certain dulcet type of music.

Enter the Nashville guitarist and composer William Tyler, as revered a figure as any in contemporary Americana, a musician known for work with Lambchop and Silver Jews who now resides at an elegant intersection between folk, alt-rock and the avant-garde. The Merge label has released Tyler’s typically pretty and embalming score for Reichardt’s latest film, First Cow, a nineteenth century-set frontier movie about travellers aiming to get rich which stars the likes of John Magaro, Orion Lee, Toby Jones, Ewen Bremner and Alia Shawkat.

Tyler, whose last studio album Go West was one of 2019’s finest releases, is renowned for conjuring a silvery ‘cosmic pastoral’ from lush and beatific instrumental guitar soundscapes – think John Fahey as rain patters on windows. His expansive and meditative finger-picking spin, shape and summon images of the open road, barren vistas and the hopes and consolations of dreamers and loners. There’s a deceptive simplicity about his work that’s mesmerising and difficult to resist.

The soundtrack employs the trick of repeated motifs and themes amongst snatches of dialogue from the film, with Tyler’s eloquent and bittersweet chords often daubed in soothing accompaniments by way of toy piano, banjo, mandolin and piano. First Cow in the Territory ushers us in with its plinky banjo before An Opening switches to the mist of lone electric guitar; the effect is akin to scrutinising an imperious and vast landscape as bleary-eyed dawn slips into view. Cookie’s Theme commences with chirruping birdsong before Tyler’s front-porch picking unravels with uncommon delicacy and an uncanny grace worthy of Steve Gunn. The toy piano adds an extra thrum of melancholy wonder, as if the Southern virtuoso is invoking a fragmented memory from childhood.

River Dreams and A Clearing In The Field paint softly stirring pictures with ambient hues of banjo and mandolin, while The Separation presents Tyler at his minimal and yet luminous best, his transfixing and crystalline solo acoustic guitar chiming and sliding over seven minutes; A Closing brings us full circle with a blissful acoustic cowboy treatment of An Opening.

Reichardt’s film speaks of a bridging between humanity and landscape which finds sympathy from this tender-hearted and feathery clutch of minor-key tunes. Tyler’s score bears testament to his delicate and restless art.