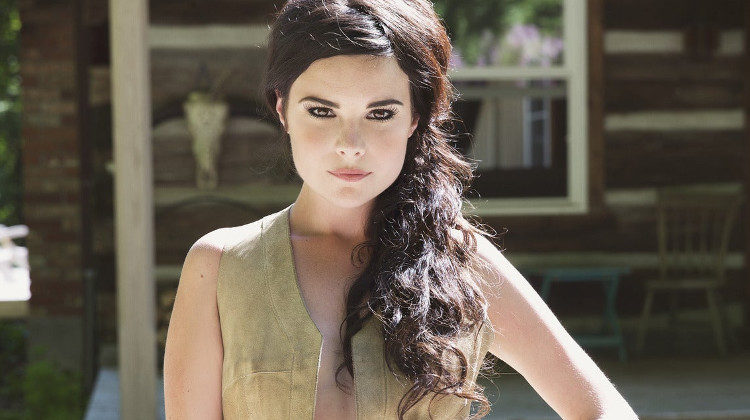 Canadian country musician Whitney Rose returns with her latest release We Still Go To Rodeos, an album that defies conventions as it progresses.

If you’re flicking through your local record store’s country section and come across Whitney Rose’s We Still Go To Rodeos, despite the lack of wear, you could easily assume it’s from the seventies judging by the artwork. But no, Rose wasn’t even born until 1987. The fourth full-length release from the Canadian singer-songwriter is penned entirely by her, with her love for Americana oozing out of the wax unashamedly.

All of the trademark country traits are on display right from the first beat of opening track Just Circumstance. Slide guitars, picked chords and a subtle swinging drum. Rose’s voice itself is delicate and lyrically, of course, typical of southern storytelling; however, although she has recently moved to Texas, a sense of authenticity is missing. One becomes fearful that the album could become a homage to the southern states, trying to capture something that generally only the natives seem to be able to achieve, as opposed to being the real Rose.

By the peak of the album and seventh track You’d Blame Me For The Rain, these fears are mainly washed away (thankfully). A slow-and-sleazy blues number, the song is simple, but Rose is direct and precise in portraying her artistry. Instrumentally stripped to the bare minimum, her vocals are given free-reign to shine beautifully, enhanced even further by Paul Kolderie’s (Radiohead, Pixies, Toots & The Maytals, Hole) experienced production. The lyrics are primarily just a repetition of the title and this only adds to its brilliance whilst intensifying the rocket of a guitar solo featured halfway through.

Whitney Rose is naturally going to be compared to Shania Twain – that’s just what happens when you’re a female country musician from Canada. Yet, if We Still Go To Rodeos is anything to go by, she deserves much credit of her own. Country music may be one of the most difficult genres to stray from conventions (due to expectations from the community and labels) and Rose has this problem at times on the album. It’s almost as if the track list has been compiled in order of Rose’s increase in confidence, which by the last (and title) track she is effortlessly blending genres – in this instance, jazz and country. Nonetheless, there are enough instances of character and fun songs to at least warrant We Still Go To Rodeos a couple of spins.