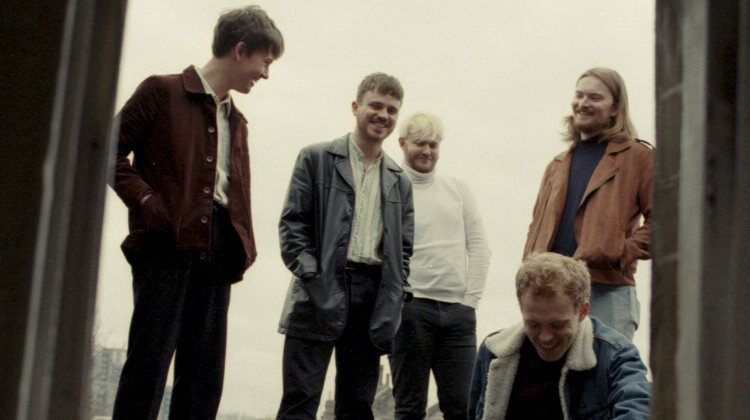 Vibrant, timely and sun-drunk, Weird Milk’s latest single is an ode to a bygone era.

The North London retro boys who made their mark on the scene with their initial singles Honey, I’m Around and Anything You Want are back after just over a year and a change in their line-up.

Vienna is the lead single off their upcoming EP, We Were Strangers, due to drop later this autumn, and is one to add to your summer playlists.

The track opens with a gentle acoustic solo, before ripping to life in a symphony of staccato guitars, underlying drums, and the tingles of a tambourine. Lead vocalist, Alex Griffiths, gives off early Arctic Monkeys vibes (if a little too chirpy for the likes of Alex Turner) with his warbling, drawn-out voice that feels quintessentially British. It’s then all upended as the song transitions into the chorus; light and airy, full of warm echoey vocals and heavy reverb on the bass guitar, reminiscent of beachy bangers from the 60s (think Here Comes the Sun). And this makes perfect sense considering Griffiths took inspiration from the likes of sensations such as The Band and Paul McCartney & The Wings. Even the cover art screams 70s psychedelia.

But there’s a sombre note to the song. The lyrics ‘god, I hate to feel again / Feel your judgements scold my sins / They’d been wrapped against my naked passions / You awake in him’ contrasts the entire mood of the song. There is a sense of discontentment, of self-loathing, of waking up each morning, wishing you could be someone else, somewhere else, in another time – which, sadly, many of us can relate to. ‘Vienna is a very personal release to me,’ quotes Griffiths. ‘It was written at a moment in my life where I reached a crossroads and was totally stuck.’

The entire track, with its sun-drenched sounds and nods to a decade that encapsulated liberation and expression, feels like an escape – a brief glimmer of a time when things were different. Griffiths and co. croon ‘would you whisk me forever away / To a timeless and heavenly place?’

I can see fans singing and swaying along to this one at festivals this summer (they played 110 Above, Standon Calling, Latitude and Wilderness) and it’s a good one for picnics at the beach (whilst we still can). But there are layers of complexity that you are likely to miss without deeper reflection.