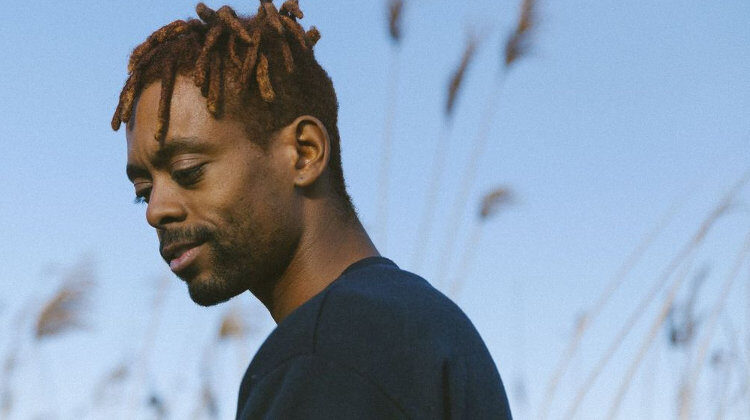 VRITRA has returned in style through his incredible thirteenth album SONAR; an extremely versatile, bassy, and head-bopping compilation of brilliant tracks.

The fifteen song record might seem daunting at first by its number of tracks but do not let this put you off; it’s one of those albums that you will certainly find yourself listening to more than once. At times it’s grainy and at others it’s hazy but one thing that is for sure is that it possesses many different styles to ensure it’s not accused of being boring.

The former Odd Future man really is constantly experimenting through his music which can only be a good thing for hip-hop. With SONAR he certainly has created a sound that needs to be played out loud, many of the tunes are short but you can really feel an element of love for the music he creates. That is the most important thing when creating music, no matter what genre it may be in.

The opening track FRETLESS could be taken as a statement of intent for the whole album, sounding as if the LA-based rapper means business. The song is short but possesses a good mixture of gritty beats and soulful sounds through its chorus. The vibe, however, is totally switched in following track WHAT’S THAT, showcasing a great deal of high-quality sampling which is a testament to Leon Sylvers IV and Hal Williams’ work in producing this album. This is a happy song and VRITRA’s bars suit the tune extremely well. You will surely find yourself listening to this one more than once.

NEURONS follows and has a great flow to it, you can definitely turn to this one whilst you’re chilling which certainly suits the essence of the first three tracks. However calming this song may seem, do not let it deceive you, the American displays a great deal of braggadocio throughout.

CLOSER TO GOD is short but sweet and continues to follow the ongoing theme with the drumbeat and backing tune providing a particular highlight. It’s followed by an even shorter track in PULL, which has an extremely questionable intro and a beat that feels as if the device or service you’re listening on is crashing, a very confusing song indeed.

MA, STOP really showcases VRITRA and his ever-growing talent, the only disappointing thing about this track is it only lasts a total of 1 minute and 46 seconds, it leaves you wanting more and is one of the better tunes on the record. PERPETUAL then seems to be leading the album down a dark road; the pace slows down, the tone gets deeper and the mood suddenly takes a turn of deep aggression making your face scrunch up.

Just as you get a feel for this darker turn, you’re hit with HOMESICK which has a lighter and more energetic backing beat and simply shows the Louisiana man’s versatility. After what seems like an influx of roughly 2-minute tracks, the longer format makes a return through FRENDZ. This tune is another one of those you can listen to when being productive just as easily as you could listen to it while blasting music out with your mates at your place..

The pace picks up again when BOARDING PASS enters the fray, featuring great production whilst VRITRA’s vocals bring you back to that bragging style that makes this track so appealing.  The climax of the album is provided by OUTRO which is symbolic of the whole album as it dips in and out of instrumentals, everchanging backing beats and varying levels of pace – there aren’t many lyrics in this one but to be fair to the tune, it doesn’t need any.

As a whole, it’s difficult not to enjoy SONAR in its entirety. It feels as if VRITRA and his whole team felt experimental when creating this compilation. The use of an abundance of short tracks throughout is extremely welcome and whilst it may not be clearcut and clean, it is a record that feels pure and shows off the American’s attitude of love for music. Expect more to come from VRITRA because he clearly has a great deal of music at his disposal.