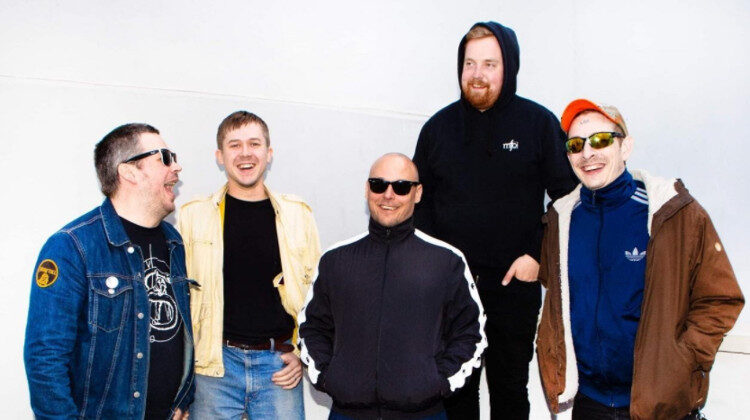 Viagra Boys have started 2021 with a bang as they showcase Welfare Jazz, their extremely versatile and energetic second album.

The Swedish five-piece are clearly out to make a statement with this one and they do just that as the record brings passion, vigour and heavy beats in copious amounts. For a band to release such a varied set of tracks on only their second album says a lot about their style, talent and ability to cater to fans of many different types of music.

Ain’t Nice provides a dark, gritty and twisted sound and it kicks the record off with a whole lot of energy. It’s hard to imagine this track as being anything other than incredible when it can eventually be played in a live setting In between tracks, little jazzy skits like Cold Play and This Old Dog are exactly what is needed to split the tunes up and give this record a unique touch; they’re expertly used and they give Welfare Jazz a whole lot of identity.

The Stockholm group’s lead singer, Sebastian Murphy. confessed that he was taking drugs every day when the majority of songs in this record were written and you can certainly hear that through tracks like Toad. It’s exciting, it’s different and it gets you pumped, if you’re gonna put this tune on then you should play it loud.

Slower songs like Into the Sun bring that gritty style and dark tone of voice back into the record. They follow the theme of the majority of tracks in the fact that they cannot be played at a low volume. You really can feel a plethora of emotion when listening to this record whether the tune is slow or fast and that can only be a good thing.

Rather contrastingly, a track like Creatures brings an element of electronic sound to the record which again backs up the statement that Welfare Jazz is an album providing a sound suited for many types. It may be a bit heavy for some but one thing it certainly cannot be accused of is being dull.

As the majority of albums usually have what is considered the best track, it’s hard to look past 6 Shooter on this one. The instrumental is sure to get any crowd wound up and bouncing within seconds. If you hear this when you’re eventually back out and about then watch out for a mosh pit. Sampling is expertly used throughout this one and the sax at the end is a sublime addition.

Other big highlights of Welfare Jazz include the heavy beats of Secret Canine Agent, the distorted sounds of I Feel Alive and the high tempo of Girls & Boys, all three tracks bring something completely different to the table and they contribute to an album that has something for everyone.

In summary, the record is extremely impressive and the Swedes really can be proud since they have managed to create an ensemble of tracks that bring a totally different vibe each time they play. It is certainly not a record for the faint-hearted but that is to be expected by Viagra Boys as they will continue to bring this style throughout their existence.