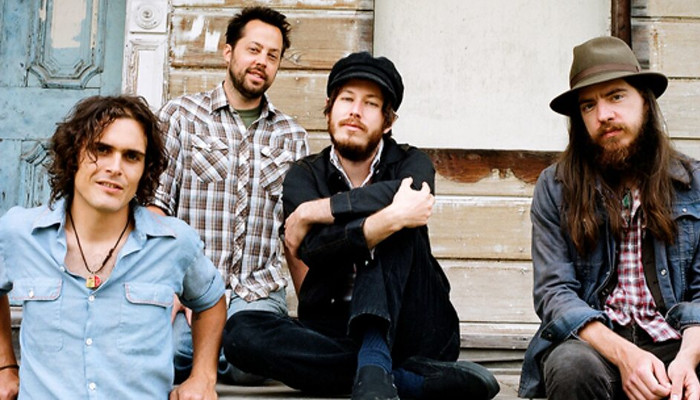 Understated louche lines dominate Up On High, the latest offering from California-based folkies Vetiver, and the first for new label Loose Music.

“We’re two of us, palm trees in the wind, swayin’…” breathes Andy Cabic, returning as Vetiver, the moniker for which he’s better known. Up On High brings Cabic and Vetiver back closer to the natural, warmer, and it may be said, less risque, soundscapes of previous releases. For those seeking comfort and brightness on colder nights, however, the album offers up many sweet moments and, such as on lead single To Who Knows Where. 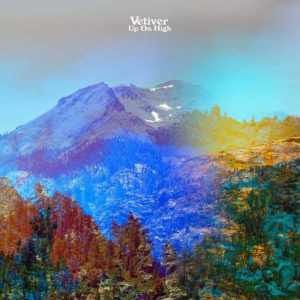 Vetiver were originally given the ‘freak folk’ tag, perhaps owing more to Cabic’s connections to Davendra Banhart and Joanna Newsome than the edginess of his own back catalogue. Up On High brings Vetiver to Loose Music, in the labels’ continuing quest to be the premier exporters of alt-country and Americana acts to the rest of the world. And the collaboration seems to have worked – there’s a (very) relaxed, and positive, feel to the record in which many followers of Loose acts will invest plenty of time.

Purists will swoon – gentle Hammond organs and pedal steel are draped over the record, and Cabic’s voice sits low in the mix, wound around jangled guitars. There are hints of Dave Rawlings, also Sam Beam. All edges are softened by Tom Mahoney’s lo-fi production, but it lends a satisfying uniformity to the record and lets Cabic’s songs shine through where it matters most.

Wanted Never Asked is playful and wonderfully easy listening, lyrics geared toward forgiveness and hopeful reconciliation: “what’s past is past… I better take it all back, now I know what you been through…”. Similar is Filigree, with its slide steel breaks of psych, like gentle waves under sundown.

With six previous releases, Vetiver are no longer vying to burst on to the scene. But Up On High feels properly crafted, and whilst uncontroversial, it will likely find Cabic and co some new followers.