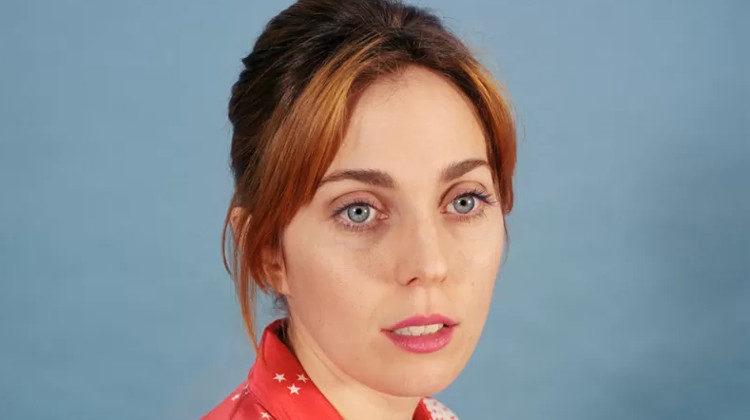 Heavy Light, the seventh U.S. Girls record and her second on the 4AD imprint, takes its pensive sonic cues from her pop-laced, ‘Hamlet’-referencing 2018 opus, In a Poem Unlimited, a fierce and furious album which propelled its gaze towards disenfranchised, raging women across the globe and took aim at patriarchy, toxic masculinity and power inequalities.

This time around, the American expatriate, Canada-based Meghan Remy’s preoccupations appear to be moulded by reflection and meditation rather than anger and anxiety, directed inward and personal. Recorded live with a coterie of twenty session musicians and using poetic, collaged interludes of memory as a framing structure and emotional anchor, the results make for captivating listening.

On many of her previous albums, Remy’s craft has thrived on a brittle tension between pure pop and abstruse experimentalism (worshipping at the twin altars of The Shangri-Las and Sun Ra), as if the competing impulses were scrapping over her soul. Heavy Light, however, realigns her aching melodrama with timeless songwriting, funky percussion, stellar arrangements and the sweaty-palmed intensity of an adventurous band behind her.

Opening cut, 4 American Dollars, is silky, strings-drenched disco-pop in excelsis, whilst Overtime, a sax-blowing tale of death by alcoholism, employs cavernous bass and sultry vocal harmonies to rousing effect. The stately devotional, IOU, tips its toes into Antony And The Johnsons or Joan As Policewoman territory, all shivery warbles and plaintive keyboards. Born To Lose conjures an ebullient, African-tinged mood with its stirring gospel inflections, xylophone synths and wistful piano, whilst the mother-daughter dynamic on Denise, Don’t Wait is propelled by a bed of xylophone chords and pleading vocals.

Heavy Light benefits from a purposeful focus on Remy’s melodic and compositional strengths; these are tunes which repay repeated listening and signal the blossoming of a genuine maverick talent.