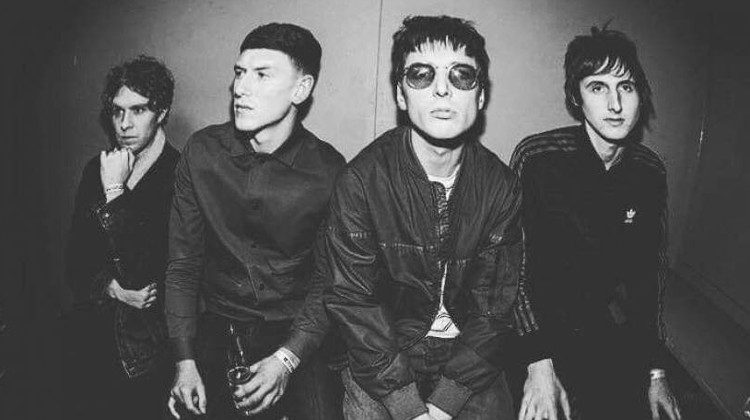 Twisted Wheel takes their punk-influenced sound to portray a more settled and rhythmic style on new album Satisfying the Ritual.

Satisfying the Ritual is the third album from Twisted Wheel and features wide influences from 60’s Psychedelia, Punk, Trip Hop and New Wave. Following their number-one EP, Jonny Guitar, these three musicians from Oldham draw their inspiration from Oasis and The Buzzcocks and take their band name from the legendary Northern Soul club of the same name.

Twisted Wheel has so far scored a hit with three sold-out UK tours, major festival appearances and support slots with such huge names as Liam Gallagher. The singles written by frontman Jonny Brown, namely Nomad Hat and DNA, are already hugely popular with fans. After a few years fighting his personal demons, Jonny Brown and Twisted Wheel are hitting out with clever lyrics and raw and ragged punk sensibility. This is punk, but punk of a different kind. This is music that’s personal, full of invention and hope.

The band don’t stray from portraying all the complexities of the human mind and body with the album; a departure from previous work, holding the development of content and style. There is more variety of ideas on here than the previously safe haven of their earlier pure punk incarnation. The band explore the mundane, the moving, and the extraordinary, including the track dedicated to Jonny’s late mother, DNA. The album also explores such diverse subjects as the digital era, internet trolls, loneliness, the music industry and addiction which are all undercut with fantastic punk grit and guts. Twisted Wheel has rightly earned a cult and has an underground army of fans with Nomad Hat showing exactly why by bringing a raw and sexy sound with a ton of sneering and kick-ass attitude.

The record is still largely punk-influenced but occasionally veers into classic rock territory. Ghost Man draws its influence from Ska reggae withThe Ghost Man being described as a fictional con man by Brown. The stand out track on this album is by far and away is Nomad Hat as it reminds me of just about every pop artist and attitude that I have enjoyed in the past but have never really consciously acknowledged; it taps into a care-free past we could all do with being reminded of now and again. A great album that has much to offer in attitude and content.