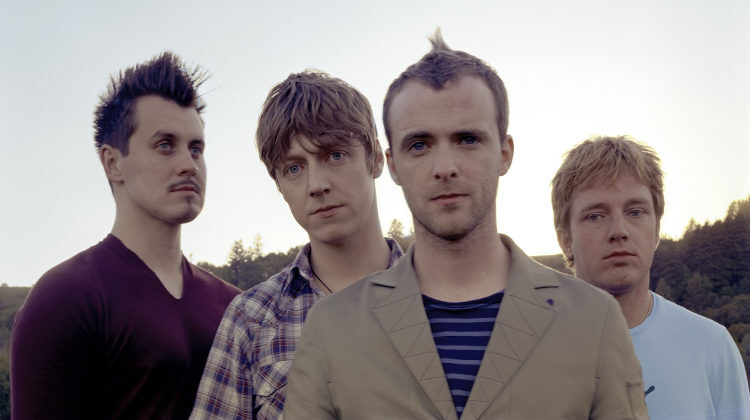 Travis’ members see the imperfections of their 2001 album, The Invisible Band, as something to be celebrated, but the 20th-anniversary remastered reissue of the album is far from imperfect.

In celebration of the 20th anniversary of Travis’ 2001 album, The Invisible Band, lead singer Fran Healy noted that it’s a “beautiful album which, 20 years on, still sounds as fresh as it did back then”.

He isn’t wrong. The 20th-anniversary reissue of the album comes in two limited-edition formats: one forest-green vinyl containing the entire original album; or the box set, containing a photo and lyrics booklet, two CDs, and two LPs, the latter boasting a sound quality as crystal-clear as the transparent vinyl they come in. Given that the album was remastered by GRAMMY Award-winning audio engineer Emily Lazar, it’s perhaps easy to see why.

Both LPs are packaged neatly in two sleeves; the outer sleeves present alternate versions of the album artwork, while the inner sleeves feature photographs taken of the band, and lyrics in small print on the back. The first vinyl includes the original album, where highlights such as Sing, Dear Diary and Flowers In The Window are rendered in stunning high-definition, having more than stood the test of twenty years’ time. The second LP brings along the B-sides, where the hidden tracks of the original album (Ring Out The Bell and You Don’t Know What I’m Like) are set alongside a roster of impressive covers, including Queen’s Killer Queen and The Beatles’ Here Comes The Sun. Quips from the band are kept in the transitions between a few songs, recalling the rawness and authenticity that the songs themselves have been praised for.

The CDs provide yet more content like this: while the first again offers The Invisible Band in full, the second features a series of bonus tracks that aren’t included on the vinyl, including demos of Dear Diary and Last Train, live BBC performances of Sing and Flowers In The Window, and a prototype of Sing before it became the song known and loved today—instead titled Swing, with a chorus to match.

At the very top of the box set sits the booklet, which tops off the re-release with glossy photographs of the band beside handwritten lyrics to each of the album’s songs. The final few pages of the booklet offer quotes from each of the band’s members; Dougie Payne admits that the album “was a toughie but we got there”, Andy Dunlop says the “pressure created [their] most cohesive and natural album”, which is “how [they] sound with no filters”. Producer Nigel Godrich is the last to sum up The Invisible Band, saying: “It’s a lovely album… kind of naive in a very beautiful and endearing way. Imperfect as all genuine things are… But most of all I hear Fran’s voice loud and clear… very personal and very much writing to reach you.”

The reissue does a stellar job of giving this impression—from the sharp sound quality to the plethora of demo, acoustic, and live content, to the filmic, muted tones of each photograph, the anniversary box set is an intimate look behind the album, as well as at it. After twenty years, this is The Invisible Band made a little bit more visible.

Available for purchase from 3rd December 2021