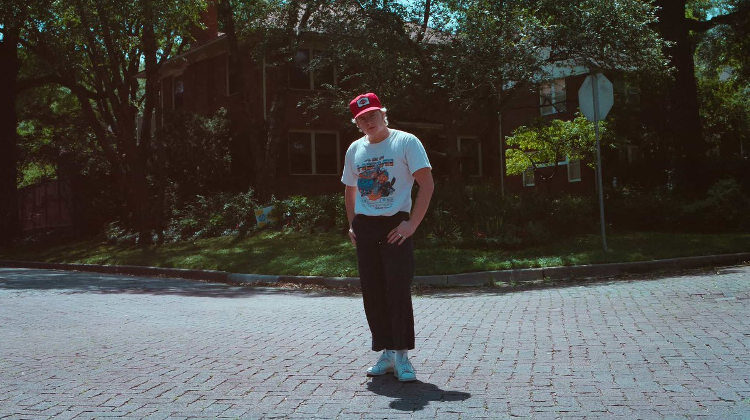 Tommy Newport’s sound world and artistic voice is carved out through fragmented and vivid imagery, whose ambiguity and mystery emits a certain youthful charm. He states that this EP is a result of a considerable amount of learning and naivety. With numerous influences, ideas and sounds, this mélange is mostly interesting but at times ventures into the indistinctive.

Many of the tracks boast a colourful, bouncy vibe that borders on the synaesthetic. The opening track Sweetener, however, is somewhat more meandering and less grounded in its direction compared to the following five. Here, we see a more tumultuous side to Newport’s artistry through a cluttered soundscape of seagulls and swirling synths, over which the line “I’ve been trapped in love” is repeated almost ad infinitum; to the extent one feels trapped by the line itself.

Beyond Sweetener, the remaining five tracks possess a charming innocence about them, particularly the title track Ultra Mango which poses numerous inquisitive rhetorical questions such as “Do you take your risks like I do? Or are you too shy?”. As we move through the EP Newport’s musical voice becomes more assertive and assured, while the curious and wandering tone of the opening remains overhead.

Ultra Mango takes on a blend of sounds that are simultaneously futuristic and retro, particularly in Warp Speed Suzie. Newport states that he takes a great deal of inspiration from “early 2000’s classic anthems”. At times, however, the vast mixture of styles and influences leads to an end product that is a little difficult to decipher from the listener’s standpoint.

The fragmented and image-oriented lyrics are temporarily engaging, but they are often not potent enough to capture one’s interest for the whole fifteen-minute EP. By the time we reach the final track Shooting Star, it feels as though a lot of elements are trying to be combined at once; resulting in an unfortunate indistinctiveness at the close of play. While the short tracks are mostly punchy and packed with iridescent vim, occasionally one senses that they are a little unfinished and lacking; due to this oversaturation of sounds.

Short and sweet, Ultra Mango is a warm, fresh and dynamic release that although lacking in some aspects of its construction is charming nonetheless. It is clear that a lot of care and time has gone into crafting the sounds of each of the six tracks on this EP. Even if the overall sound of  Tommy Newport may still need some refinement, this release is commendable all the same.