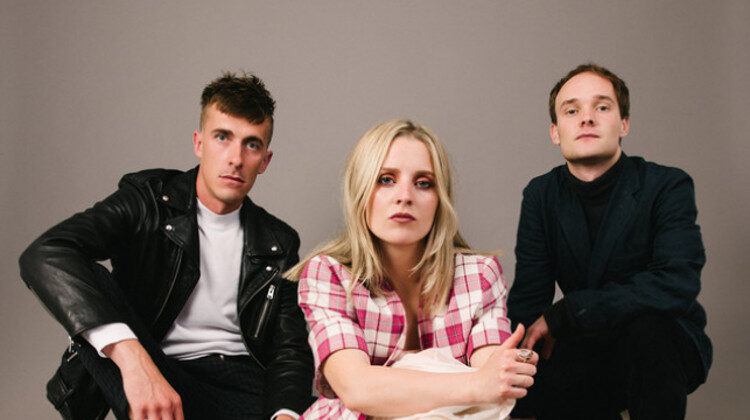 Indie rock trio Thyla emerge as one of the most exciting up-and-coming bands with the release of their self-titled debut album.

After the success of their first two EP’s and the growing support from media outlets in the UK and across the Atlantic, it was a tragedy that the Brighton based band’s plans ground to a halt after pandemic woes and lockdown setbacks, but as normality slowly returns so do Thyla, and their long-awaited debut album is well worth the wait.

Thyla was recorded over 12 days in a remote Cornish barn, immersed in the idyllic coastal surroundings in a makeshift live room. The record is laden with heavy riffs and smooth synths, blurring the lines between indie rock and 80’s dream pop.

Amber Waits starts the record with a flourish, a high-energy ensemble of loud electric guitar, pounding bass and sprinklings of synths that build up tension before the dazzling chorus where frontwomen Millie Duthie’s vocals come alive. Emotional lyrics about social media anxieties are the narrative, the challenges of modern-day life a theme underlying the album. The impressive start to the album continues with 3, which showcases more punchy guitar riffs and another strong chorus, a real strength of the band.

Flush and Gum follow in a similar fashion, two solid tracks that feature more excellent guitar and drum work and display Thyla’s knack for creating catchy melodies. The vibe is changed up though in Echo For Ingrid, Duthie’s crisp delivery the highlight of an atmospheric piece which ebbs and flows between hazy landscapes and 80’s nostalgia.

The second half of the record doesn’t quite reach the same heights as the first but is still enjoyable. Classic indie sounds flow through Kin and Making My Way Through The Skyline, whilst Dandelion packs a punch with distorted guitars and powerful layered vocals. Rabbit Hole wraps things up with a gentle and atmospheric intro building up to another big chorus. The message of the track explained by the band as “how accruing wisdom and knowledge unveils more mystery, and the further you go, the crazier and more unintelligible it gets.” A fitting end which embodies the emotional nature of the album.

Thyla is an ambitious debut from a band oozing with potential and although slightly rough around the edges, is an excellent listen with some real standout tracks. The versatility of the album is fresh and unique, but it does seem they are still searching for their trademark sound. With a new LP already in the works, they are definitely one to keep an eye out for in the future.