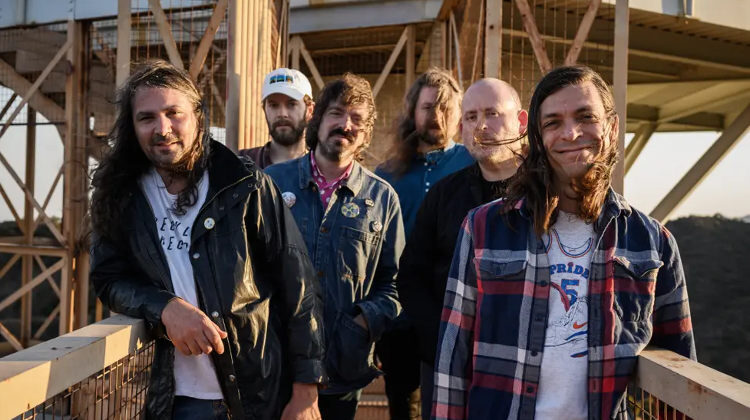 The War On Drugs’ new album I Don’t Live Here Anymore, whilst nice, is a little too muted at times.

I’ll cut to the chase: I wasn’t convinced by this album. Don’t get me wrong, I can see why it’s good – tender lyrics, delicate acoustic guitars, and an overall theme of ‘resilience in the face of despair’ to which many listeners will undoubtedly be able to relate. That being said, however, I confess I’m not crazy about the record: what might sound candid and mellow to some people may come across as somewhat bland and repetitive to others, and I’m in the latter category. Whilst I Don’t Live Here Anymore isn’t terrible by any means, no amount of relistens could make the album all that memorable.

The opening track and single Living Proof does a good job of illustrating this. The simplicity is nice in a sense, but the make-it-up-as-you-go-along kind of vibe along with the fact that the majority of the song consists mainly of the same two chords with no build-up just didn’t do it for me. However, there is something to be said for the final lyrics (But I’m rising / And I’m damaged / Oh, rising), as they do encompass what the album is about and set the tone nicely, not to mention the pretty guitar solo redeems the song to an extent. The rest of the record continues in pretty much the same vein: Old Skin is a little on the stagnant side at the beginning, and Rings Around My Father’s Eyes just doesn’t have much going on at all.

Lyrically, I Don’t Live Here Anymore isn’t bad at all. In fact, some of the lyrics are truly rather beautiful. Musically, however, most of the record just risks sounding like every other indie rock album, with all the tracks blurring into something generic-sounding with little differentiation between them. There are a few exceptions though: the vocal distortions and drum machine in I Don’t Wanna Wait make for a wonderfully brooding sound, and Victim contains some nice retro-sounding beats and synthesisers throughout.

Ultimately, despite I Don’t Live Here Anymore not being exactly in line with my own tastes, I don’t think there’s anything terrible about it. I can understand its appeal, it’s not a bad album – I just didn’t like it.