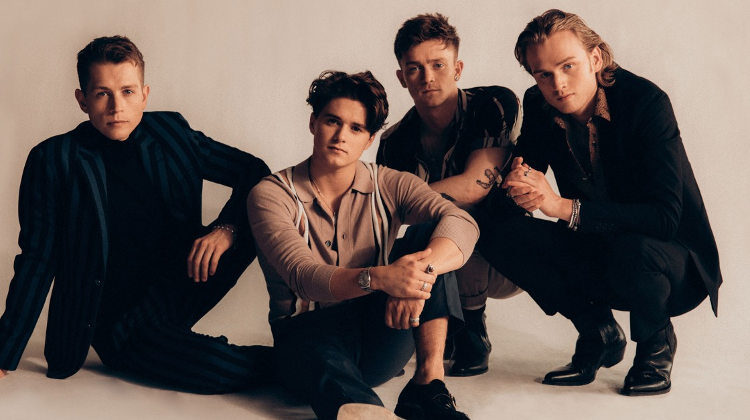 Glittery pop-fuelled fourth album, Cherry Blossom, from The Vamps shows a progression in sound amongst a more coherent, mature stance to the music.

The Vamps have had a busy career since their platinum-selling debut album in 2014. While moving from their teenage years to their early twenties, it’s clear that their music has evolved with their age. The musicality which was occasionally lost in hectic release schedules and tours has been able to, well, blossom, in Cherry Blossom.

A shimmery opening sets the tone of the album with Glory Days, with Simpson’s smooth vocals singing about the agonising realisation that his best days may be behind him – “Swimming in our feelings / staring at the ceiling” – over an ambient backing of keys and droning synth swells. There is a new kind of maturity found in songs from the album such as the lonely cry for help, Treading Water, or Protocol – a Prince-like heartbreak song with lyrics like “I won’t tell my parents how I fucked up perfection / And selfishly put myself first / A future of stories, kiss you good mornings / Gone, and it’s what I deserve”. It shows a lot more self-awareness compared to their earlier youthful love songs like Can We Dance or Somebody To You, exploring more complicated themes in more depth than ever before.

Some of the tracks become slightly skippable towards the middle of the album. Nothing But You and Would You both have the same electronic-sounding instrumental with little variation in vocal melodies. As a non-manufactured band who play their own instruments and write their own songs, The Vamps have qualities that stand out from other boy bands, but putting out too many repetitive songs creates a risk of turning into simple manufactured pop. Luckily, the good outweighs the bad in this album.

The catchiness of Married In Vegas shows the band’s signature sound that found them fame back in the early 2010s, scuzzy guitars and driving drums drive the track forward while the vocal melody soars joyously above. The same atmosphere is created with Better, a rousing anthem that leans more towards 80s synth-pop.

Cherry Blossom shows a progression for The Vamps since their Meet The Vamps days, with a lot more maturity and versatility. Posting to Instagram in early October, the band said “The album stands for rebirth and new beginnings while being proud of what has been”, and their music reflects this. It has elements of their early sounds with enough new material to show a development in both their sound and personality. Musically, it’s a great sign of growth, with more room for improvement as the group continues to grow.