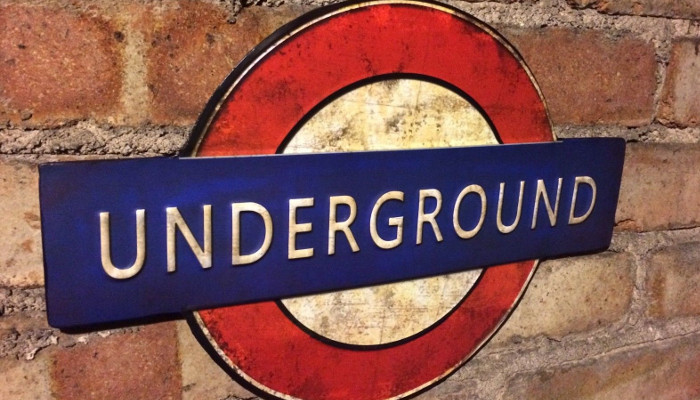 Welcome to the first edition of our new column, The Underground Sound. This monthly feature will highlight unsigned/underground acts and the music they have released. This month we look at three bands spanning the globe and the spectrum of guitar music. 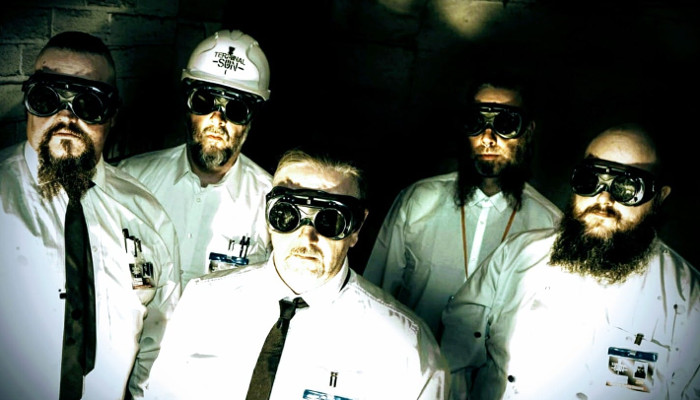 If the world as we know it were to end tomorrow in some catastrophic human experiment, this Sheffield metal five-piece would be left to entertain what grotesquely remained. Their shades of Sabbath, heavy crunching riffs are offset by thundering rhythms. The vocal style hits you hard at times but rarely fails to leave viral hooks infecting your brain.

The recent debut release of the Threads E.P. tells a tale of humankind ravaged by man’s own greed and thirst for power. The four tracks run out 22 minutes of pure metal knowledge, flexing their muscles with many metal sub-genres. From the promotion material, the band are fully embracing their vision of this end of days. Clad in chemical suits, doctor’s lab coats, hard hats and goggles, each member embodies a character from the bleak vision they have created.  A world they very much bring to life on any stage they turn into their laboratory, bunker No. 31.

With this new Terminal Sun burning bright in the sky, post-apocalyptic metal has never sounded so good. 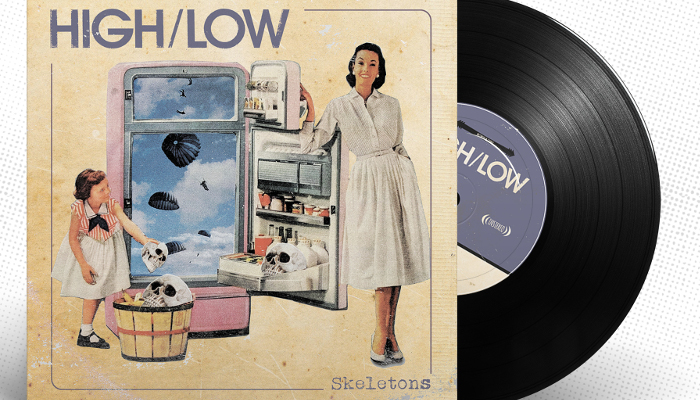 In the sunny seaside town of Southend resides the post-grunge outfit, High/Low. The three-piece band make no bones about their shared love for 90’s alternative rock. Consisting of the classic bass, drums & guitar/vocals, High/Low delivers a Fuzzy, grungy sound. There is a slight reminiscent of their heroes, but the trio very much owns the sonic noise they create.

The band were formed in 2011 and like many before them started as a few friends jamming together and recording the results. Fast forward eight years and High/Low has several releases in their back catalogue. The last of which was the 2018 effort, Skeletons – an eight-track mini album on limited edition 10” vinyl.

A few minutes on the turntable and you realise High/Low are more than just fuzz pedals and feedback. The control Steve Weston has over his vocal range is as impressive as his lyrics are immersive. His high-frequency guitar tone is kept grounded by the low-end growl and pounding of the rhythm section. Each instrument has its own unique voice and when they talk, you listen.

High/Low are currently mixing their next studio release due out in September.

Essential spin; Where are you? 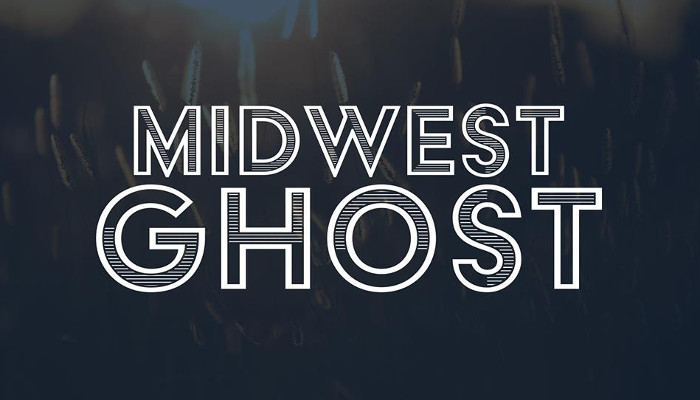 If Midwest Ghost are out to prove anything, it’s that, like love, music knows no bounds. This modern acoustic folk duo crosses the great divide of distance to bring their rich guitar textures and heartfelt melodies to the online world. The pairing is a combination of a decade’s worth of individual writing and recording before the two members, Josh Wright & Josh Howard had a chance meeting on social media. Mutual friendship and admiration for each other’s music quickly ensued. They may be 800 miles apart, but the Oklahoma/Chicago connection of Midwest Ghost was born.

This unique collaboration is achieved purely by sharing ideas and audio files back and forth, with Wright of Oklahoma playing these tracks live in and around his hometown. It must be a feat of great patience and human endeavour to produce such quality without being in the same room or, indeed, the same City, but Midwest Ghost makes it work.

The Dylan-like tone to the vocals and the overall song structure of MWG’s previous releases are as soul-lifting as they are sceptical in nature.  The parts of themselves they’ve laid bare and shown to the world leave the listener wondering what else this unique collective has to offer.

A long play release is in the works and will no doubt capture the hearts and minds of the ever-growing Midwest Ghost fanbase.

Keep an eye out for more unsigned/underground acts each month on the Vinyl Chapters website, and who knows? You might just find your new favourite band!