Home » articles » The Smile: A Light For Attracting Attention – Review 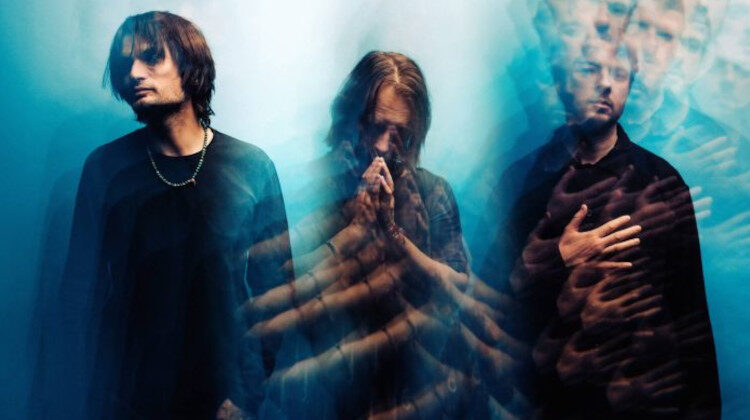 Twenty-five years on from the era-defining OK Computer, Thom Yorke, Jonny Greenwood and Nigel Godrich team up with Tom Skinner to conjure a plethora of arresting sonic thrills on their compelling and exhilarating debut as a cosmic-electronic supergroup.

A Light For Attracting Attention achieves the difficult trick of ticking off all of its parent band’s trademarks whilst shaping a modish psychedelia that pricks the listener’s ears up and never resorts to the commonplace. The end result is a meticulously sequenced and slickly manicured recording that embraces the expansiveness of the studio whilst pushing into new voicings and directions, flirting with math rock, jazz, post-punk, Afrobeat and funk idioms. Yorke’s signature aerated vocals sound blissful and angelic here, tugging the heartstrings whilst plumbing emotional terrain that fidgets majestically between discord and burnout.

The Smile is not a low-key Radiohead vanity project, as the songs on this album forge a vivid, languid and future-facing sheen that works as a sublime confection in its own right; the best tunes here are more than worthy of the intense adoration afforded to any of Yorke and co’s finest platters.

Moments of unabashed loveliness abound: the transcendent chase of crunching guitars and doom-laden strings on A Hairdryer, for instance, or the Ghost Box arcadia of Waving A White Flag and the ravishing coda of woodwind, piano, strings and Yorke’s multi-tracked chorus on the superb Speech Bubbles. Then there’s the David Axelrod-like orchestral storm enveloping the piano ballad, Pana-vision, and the way in which the throbbing, bell-like tumble of laser-beam synths threaten to engulf and wipe out the pensive opener The Same.

Elsewhere, the knotty, Afrobeat bass pulse, parping brass and slinky slope underpinning The Smoke mine similar territory to Tindersticks’ Help Yourself and the pairing of hushed, dulcet analogue tones and bleary reverie on the ornate Open The Floodgates imparts a spidery dollop of creeping paranoia. Free In The Knowledge is sculpted like a classic Radiohead ballad in a similar vein to The Numbers from A Moon Shaped Pool – all folksy, Fake Plastic Trees-flecked acoustic guitar filigree splashed with Greenwood’s swooping orchestral mist.

Deftly and with great poise and imagination, the captivating music on A Light For Attracting Attention ushers the listener with an uncluttered, organic warmth and electrifying passages of juxtaposition whilst obeying its own private rules.

“There’s never any place to put my feet back down”, intones Yorke dolefully on the spiralling Speech Bubbles, a song that seems coated in the alienation of the refugee crisis and the Ukraine war. Open The Floodgates climaxes with the mantra of “Someone lead me/Out the darkness”, and this can be interpreted as this beautiful record’s overarching, elegaic motif – the search for transcendence in the midst of our current fissures.