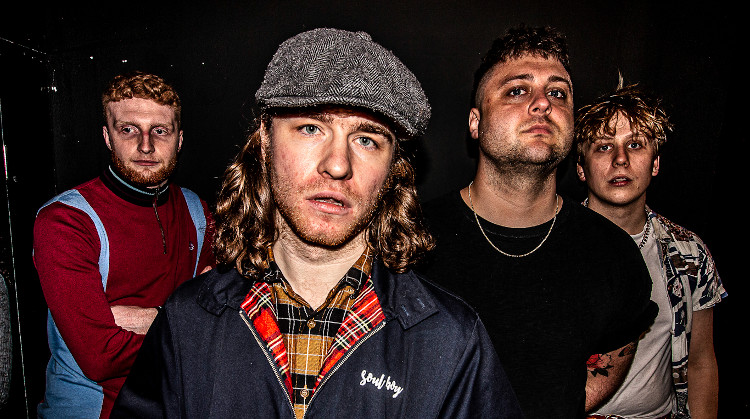 The Skinner Brothers move from support act to standalone stars with their 2022 album, Soul Boy II.

London-based four-piece The Skinner Brothers have garnered attention as rising alt-rock stars, having made a name for themselves following a string of support shows for high-profile live performances (The Libertines, Kasabian, The Streets). Having made it to rank #5 on the list of The Sun’s Artists to Watch in 2022, there’s been faith that The Skinner Brothers will be one of this year’s headlining acts.

Their latest album, Soul Boy II, brings forward material from their 2021 EPs Iconic and Culture Non-Stop, and follows up on 2020’s much lower-key Soul Boy, Vol. 1. Soul Boy II is confident and reckless in a way that Vol. 1 wasn’t; even lead singer Zac Skinner’s usual woozy singing style has taken on a new maturity. The album starts off strong with past hit Mountain High and its barbed-wire guitars and frazzled, layered percussion—its hook, ”I’m taking it fast, I ain’t taking it slow”, makes an appropriate motto for the album’s first half.

Other standout tracks include the swaggering Put Me Down As A Maybe and Low, as well as Culture Non-Stop, which sets Skinner’s talk-singing style against riotous guitar riffs and pulsing drums. Away Days makes a return in calming acoustic guitar form, which seems almost out of place between the album’s imposing introduction and the upbeat, early-Wombats-style 1000 Reasons Why. Told You So expands on the arena-filling turn the album takes, pushing its genre across to rock-and-roll, before the album starts to sink into something more subdued. The Skinner Brothers push through a few more tracks that start to blend into each other, before drawing to a close with a bonus version of Stupid Much?, which features a verse from guest rapper Teef, and winding guitar lines that call to mind The XX’s debut album.

Despite its fluctuations in tone, Soul Boy II is a robust, polished album from The Skinner Brothers, which shows the promise that music journalists have banked on; it might sound influenced by early-21st-century alt- and indie-rockers, but it’s never not something entirely the band’s own. It’s the kind of album that long-time fans won’t be disappointed with, and new listeners will be hooked by—at least until the halfway mark, maybe.