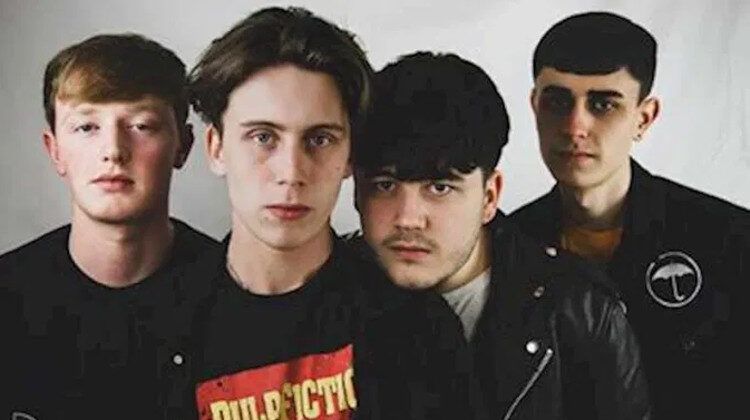 Glaswegian rockers The Roly Mo have come crashing into the punk scene with their debut EP, TRM – a turbulent ride from start to finish.

Already well established in the Glasgow punk scene in 2019 with their chaotic live sets, The Roly Mo are extending their fanbase with their first-ever EP.

The tracks comprise confident instrumentals and undermining gritty yet romantic lyrics, masking youthful vulnerability with a seemingly carefree attitude. Unfortunately, they still seem to have fallen into the same trap as similar startup bands, namely a loud, messy mix that makes it difficult to make out individual sections. Luckily for them, the clutter of sound often fits well with the rowdy energy they bring to their live performances.

The band’s frontman Joe Morton said about the EP, “The sound we were going for was heavy & loud”. We just wanted to make massive songs that people could be buzzing about.. just straight down the middle bangers”. And that’s exactly what they did: a fun, reckless sound encapsulating their young spirit.

The explosive opening track, She’s So Hot, is a powerful start to the album with scuzzy guitar riffs and brash drums. Diamond Doll oozes with the magnetism of 70s glam rock; commanding drumbeats open the track while the lead singer lusts after a girl who seems to be out of his league – a topic which is almost a rite of passage for any young rock band.

The aggressiveness of many of these songs played live could risk a Doc Marten to the face thanks to the liberating let-loose-and-run-riot kind of energy, but the group’s versatility can be seen in the more melancholic and melodic tracks like Control Yourself. With fuzzed-out, nasal tones, Morton sings “It’s been a rough night // get your head right // your Mother’s worried sick” over more relaxed guitar lines. The contemplative narrative continues on with Count To Ten.

The mosh-worthy track, Stuck In A Rut, stirs up a relatable resentment of routine through its dark riffs and machine-gun drums, while the eruptive bursts of distorted guitar rage on into I’ll Be Happy When You Die.

It’s easy to see why The Roly Mo have already cemented themselves a good reputation in the Glasgow music scene. TRM is sure to assemble an army of punk fans for the new group. It’s a good step in the right direction, with plenty of room to grow and improve.