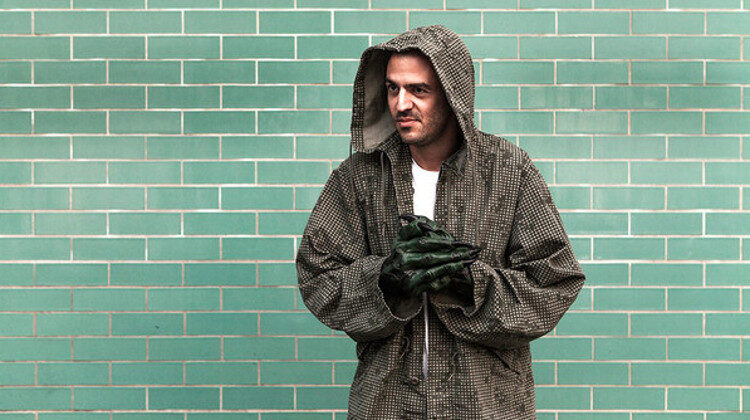 Featuring a combination of jazz, techno, and the occasional Middle Eastern influence, The Maghreban’s second album, Connection, is a bit of a mixed bag.

I tried hard to like this album, I really did. However, there is only so much praise that can be given to a collection of tracks that have very little going on seventy percent of the time. The album does have its perks, and when I first read about the variety of genres that the tracks were said to include, I was quite excited. After having listened to it, however, I have to say I expected something a little more.

The first track, Moving, is a disorienting opening to the album. The layering appears to be a little on the messy side and the track itself risks sounding merely as though multiple different pieces in different keys are being played at the same time. It is certainly experimental – whether or not it works, however, is a different matter.

Got Your Number (featuring Nah Eeto) feels simpler and more organised compared to Moving, with very little change in atmosphere throughout. It’s the type of track that has you tapping your foot, but the repetition occasionally borders on tediousness. Synanon is probably the track that is hardest to listen to, as the note clashes are jarring and what little melody there is sounds more like an attempt at improvisation by someone who does not play an instrument – a shame, given the initial promise from the jazzy-sounding bass and cymbals.

Four tracks into the album we are finally presented with something interesting: Anzilli, featuring Abdullah Miniawy. The Maghreban blends jazz and Middle Eastern music in this hypnotic piece as Miniawy sings in Arabic over the smooth beat and even smoother bass, and the jazz continues in Celebratory Relapse, featuring saxophonist Idris Rahman.

Waiting (featuring Omar) is more musical than anything on the album so far. Like many of the tracks,  the structure is simple with heavy looping but would be forgettable were it not for Omar’s vocals, which are to be praised. Baby, in contrast, is less music and more just ambient sounds, with a pick-up almost three minutes in when a beat finally appears. It’s perhaps not the sort of thing you’d actively listen to but makes for some chilled-out background noise.

The chill factor carries on in Without You, an ethereal piece with magical use of vocal sampling and atmospheric strings, even if they do sound overly synthesised. Rahman returns in the following track, Black Seed Oil, which sounds a little underwhelming after Without You as well as slightly drawn out – another one for the ‘background music’ list. Fortunately, however, the album’s ending is not as disappointing as its beginning as the closing track, Moving On, is upbeat, with wailing strings that soar over the busy, percussive electronic rhythm.

Overall, Connection from The Maghreban improves as it goes along, but whilst some tracks stand out for their creativity, others are a little bland. If long-winded fusions of techno, jazz, jungle, and house music are your thing. by all means have a listen. If you prefer something with a little more substance, however, perhaps it’s better to steer clear.