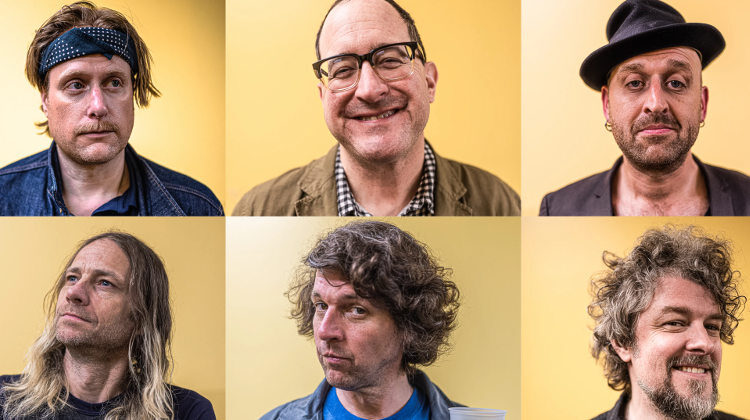 Many dedicated fans could be forgiven for wondering how the six-piece could follow up such a great comeback after they released their last album; Thrashing Thru The Passion back in 2019. This preceding record received rave reviews as it marked such an energetic and optimistic return to the indie scene for the band after such a long time out.

The boys show absolutely no signs of moving away from that narrative-based style that has become so synonymous with their sound and this is clearer than ever as the opening track plays out. The Feelers kicks off proceedings as Craig Finn begins to tell a story that could seriously be mistaken for one from a compelling fictional book. The track possesses a great ability to build up and slow down again as the tempo seems to change throughout its entirety.

With frequent mentions of beer, vodka and taverns, the following track, Spices, plays out and makes you pray for the return of live music. It showcases the band’s pure talent as each individual instrument can be heard clearly whilst the lyrics give off such a rock ‘n’ roll vibe. With its fast pace and heavy beats, it certainly sounds as if it belongs in an action-packed thriller and you can see why it was chosen as the album’s only pre-release.

As the record progresses, feelings of reflection can be heard and felt through tracks such as Lanyards and Riptown as they slow the pace down whilst also revealing that sad style that has been a common theme in more recent records the group have released. Rather contrastingly though, the more lively songs like Heavy Covenant and Unpleasant Breakfast have been expertly placed to give the record a more diverse feel.

The Prior Procedure has to be pinpointed as a highlight of the album as its clever lyricism combined with its prominent use of Bobby Drake’s talent on the drums make for a considerably positive melody. A plethora of musical talent is showcased by the entire band through this track as every member’s contribution is heard distinctly.

If there is just one thing that Open Door Policy proves, it has to be that age is showing absolutely no signs of stopping The Hold Steady as they continue their revival following several years of minimal activity. The group seem to be gelling once more and that is clear through the music they have produced for this record. The future continues to look bright for the group and that can only be a good thing for indie fans and the music industry alike.