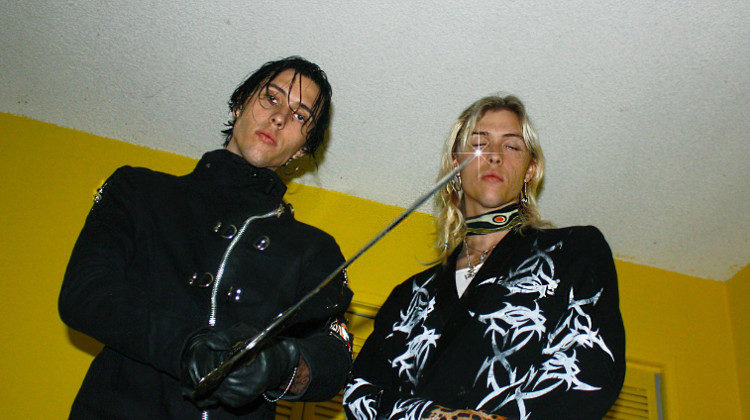 Punk meets DnB: Can it work? We listen to Southern Californian duo The Garden with their latest release, Kiss My Super Bowl Ring.

Twins Wyatt and Fletcher Shears have been producing fast, punk-influenced jungle and DnB since their 2011 formation of The Garden. Their fourth album, Kiss My Super Bowl Ring, is the first release from the duo since their 2019 collaboration with everyone’s favourite slack rocker Mac Demarco, due for release March 13th.

From the beginning of the opening track, Clench To Stay Awake, Kiss My Super Bowl Ring could be mistaken for a late 90s grunge album, with its melancholy tone, simplicity, and unusual use of instrumentation. Yet, one minute into the track, it flips on its head with a heavily distorted guitar and becomes extremely messy and punky. It is a fun listen, not breathtaking, but fun.

The mayhem continues into track two, but by the third track, Sneaky Devil, the signature DnB drum beat is introduced for the first time. As a creative partnership, when they hit their DnB groove it is clearly where they thrive, as outside of this the album is extremely disorganised. Kiss My Super Bowl Ring is Hardcore Punk meets the deepest and heaviest DnB; however, the concept isn’t fully grasped. It’ll float between Idles/Black Flag energy and anger, into DnB that’ll only be enjoyed by the widest-eyed ravers, then suddenly into a style similar to Daniel Johnson’s heartbroken obscurity – without any continuity.

What’s most beneficial to The Garden’s musical outfit is in their collaborations. On Kiss My Super Bowl Ring there are two collaborations – if we’re excluding a snippet from comedian Carrot Top – back to back: Lurkin featuring Khalif Jones (aka Le1f) and Lowrider Slug featuring Ariel Pink. What is audibly obvious when listening to the album as a whole, is the lack of consistency, yet when another artist is introduced it appears to keep the duo grounded into one direction musically, stopping them from drifting into something foreign. This isn’t only true for this album, but also their brilliant track Thy Mission, their collaboration with Mac DeMarco mentioned earlier in the review.

It must be difficult creatively working with someone you were stuck with for 9 months in the womb, and this can be seen with the majority of musical twins through the years (sorry Cheeky Girl fans). What appears to have happened with Kiss My Super Bowl Ring is a clash of personalities and artistic preferences fighting for priority within The Garden. As a result, this has impacted the album negatively. Perhaps adding a third member will iron out the faults, as there are parts of the album you will really want to try to enjoy.