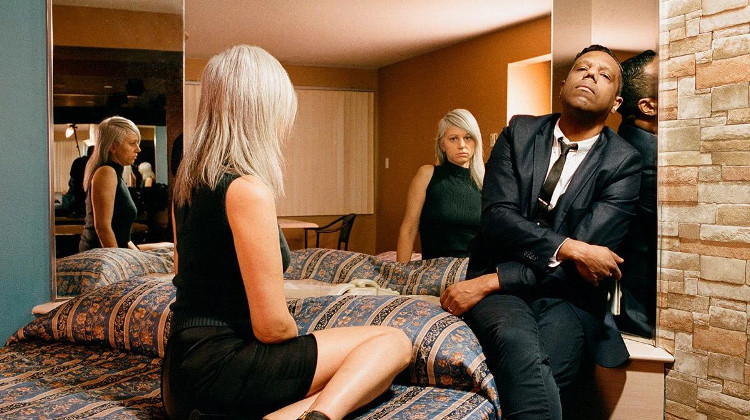 Starting recordings whilst lead vocalist Murray Lightburn was touring his 2019 solo record Hear Me Out, husband-and-wife led band The Dears were quick to work on their eighth album, Lovers Rock. Keyboardist (and wife of Lightburn), Natalia Yanchak states that “the band is never off… the tank is never empty.” Lovers Rock, though, suggests otherwise.

The first track, Heart Of An Animal, throws a curveball for the rest of the album. With the opening verse’s recording quality sounding like it’s ripped straight from the sixties, it perks an interest for its obscurity. With a vocal ‘WOO!’, this is shunned to the back, quickly replaced by a cleaner quality recording in the instrumental break (the standard for the rest of the album). The contrast making the first real impact of the album. What is soon realised on Lovers Rock is The Dears remarkable ability to form an interesting bridge and middle eight, with this song being no exception. Heart Of An Animal slowly sludges along, forcing you into a daydream, yet with every interlude or break your attention is directed right back to the music. However, is this talent or is it just a welcome escape from dreary song writing? After a few tracks, it seems to be the latter.

It takes listening to five similar sounding songs – all of which appear to follow an early noughties alt-rock guidebook to song writing – before finally being musically captivated. Sixth track, Stille Lost, is a beautifully layered piece of work, piling a multitude of instruments and sounds into five minutes of joy. This isn’t a standard rock song. The percussion is exotic, the performance of the acoustic guitar is far from conventional (whilst remaining simple) and Lightburn’s vocal performance is timelessly withdrawn. What excels this to the next level is the saxophone introduced halfway through, performed by Jake Clemons of Bruce Sprinsteen’s E Street Band. His uncle Clarence Clemons (founding member of the E Street Band), is globally adored and respected and his gift has clearly filtered down to Jake – who’s technical prowess is on full display on Stille Lost. It flows and weaves in a psychedelic manner effortlessly without overstaying its welcome. Unfortunately, as the song fades out, one is rapidly tossed back into the mundane tone that The Dears are determined to maintain.

With eight albums now under their belt, you can almost forgive The Dears for producing mediocre work. After all, it happens to the best of the bands. Lightburn, on the other hand, says the group “aren’t fucking around. We don’t have time to waste” and “20 years ago, I knew I had a sound in my head, but I didn’t know how to get that down. Now I know how to get that sound.” With quotes like these, it seems they have resided to resting on their laurels, as opposed to lacking creativity, stripping away all forgiveness. I jested earlier that Lovers Rock followed ‘an early noughties alt-rock guidebook to song writing’, sadly it is evident they’re following their own formula, rarely trying to push their own creative boundaries. Download Stille Lost and forget about the rest of the album’s existence.