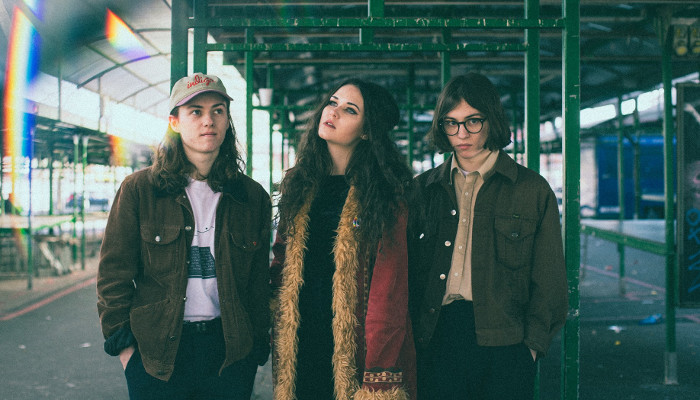 The Cosmics give a refreshing amount of tenacity and danger, smothered beautifully in loud fuzzy guitars on this short-but-sweet EP.

Anyone can produce noisy rock ‘n’ roll but few perfect it, and that’s exactly what The Cosmics have done on their self-titled EP. Female fronted bands have infiltrated the market, yet the Birmingham-trio are sure to skyrocket in popularity if this release is anything to go by.

The opening track, Trust is Blind, starts slow and simple, allowing you to indulge in the angelic vocals of Erin Curran before surprising you with a ferocious amount of distortion and manic drumming. This energy is continued throughout, introducing tonnes of 60s surf guitars (turned up a few notches) and melodies that wouldn’t go amiss on an early Blondie record. 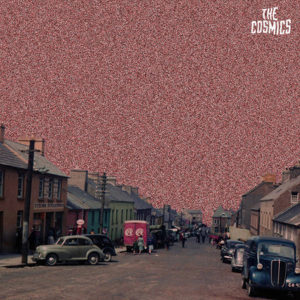 This energy is the true highlight of the EP. The Cosmics sound like they’re having fun, not forcing or overthinking the music, naturally inducing a smile to anyone who’s had the pleasure of listening to one of the tracks. Credit has to be given to the producer, Rory Attwell, as he has captured a feeling that you are in the room with the band – an art that seems to have been lost since the heyday of punk.

A particular highlight is the track Eyes, which is reminiscent of Hole’s seminal album Live Through This. Opening with a reverb-drenched guitar riff, before the drums and bass come in swinging, it effortlessly switches from toe-tapping to head banging. The melodies are catchy, thanks to the simple yet brilliant songwriting, and the non-indulgent jam builds into a fast wall of noise.

Do not be deceived by the 60s sounding start of the EP though, as later track Brainfuzz could have easily been recorded during America’s Hardcore Punk scene of the 70s and 80s, and this release is audibly diverse enough to leave wishing the groove never ran out.

The EP comes on a beautiful red splatter vinyl inside a sleeve that perfectly encapsulates The Cosmics. The cover is a photo of a 1960s-high street, with the sky being replaced by pink static – visually representing their fuzzy twist on retro sounds – and the flipside has a live photo which (thanks to the photographer Luke Jones) skillfully captures the excitement of their shows. For an independent release, the sound quality on the vinyl is exceptional, and we highly recommend picking up this limited pressing whilst it is still available.

Having already played the BBC Introducing stage at near enough all the major UK festivals (Glastonbury, Isle of Wight Festival, Reading Festival), it is certain that The Cosmics will soon be climbing up the bill if they continue to release music of the same calibre. They have spectacularly produced a body of songs that are cohesive yet divergent.