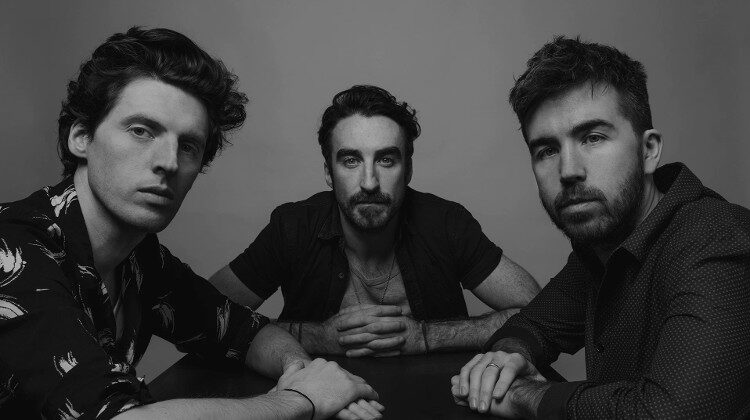 Dublin band The Coronas have the most unfortunate band name of the decade thanks to a certain pandemic. Luckily for them, their sixth studio album, True Love Waits, is more comparable to the beer they also share their name with: chilled, charming and light-hearted.

The Coronas’ new release marks the beginning of a fresh chapter for the band following the departure of guitarist Dave McPhillips last year. Luckily for fans, this setback didn’t hinder plans to release new music.

The album as a whole needs more energy, something the first, and title track, is particularly lacking. But the lacklustre sound of the acoustic guitars doesn’t take away from the uplifting mood provided by the bright synth or hopeful lyrics. The following track, Never Ending (On Your Side) begins with a droning synth and a piano hook (the first of many), while energy levels intensify massively midway through the track thanks to the addition of real brass – something the band have never used before.

Lost In The Thick Of It is a gorgeous duet, written and performed alongside Gabrielle Aplin. A wistful piano hook opens the song, along with vulnerable lyrics like “The way you walked away, it really messed me up” then building into a spirited chorus of powerful vocals. The soothing sounds of I Think We Jinxed It then lead into Haunted. Beginning and ending with basic-yet-emotive piano, the song displays a fusion of memorable hooks with diverse vocals. The emotive piano theme is continued through the following track Cold, comprising a comforting keys riff accompanied by O’Riley’s rhapsodic tones.

In some songs, particularly Brave, the instrumental accompaniment seems unable to match the same intensity as the vocals. The opposite can be said, however, for Heat Of The Moment: a joyful track laced with nostalgia – a song to relax to on a warm summer night – possibly with a corona in hand. The lively chorus, with fiery drums and an anthemic melody, makes for a stand-out song for the group’s back catalogue.

Danny O’Riley has previously mentioned other people’s encouragement to experiment with his voice, a statement proven true by Find The Water. The soaring brass lines have O’Riley’s piercing vocals unrecognisable compared to previous albums.

The overcompensation of piano hooks used in the album is evident as we near the end of the album with Need Your Presence, while the penultimate Light Me Up beams euphoria with passionate lyrics like “I think it’s somewhere in my flaws, you don’t mind it though”. The record concludes with LA At Night, which is a decent standalone track but doesn’t reach a satisfying end to quite a long listening journey.

Many melancholic songs somehow makeup a promising and optimistic album for The Coronas. Lyrically, the importance of closeness is often highlighted – a fitting theme in the social distancing world we are living in. It seems the band are moving slowly from their old style and ready to take on the world; even better things are coming.