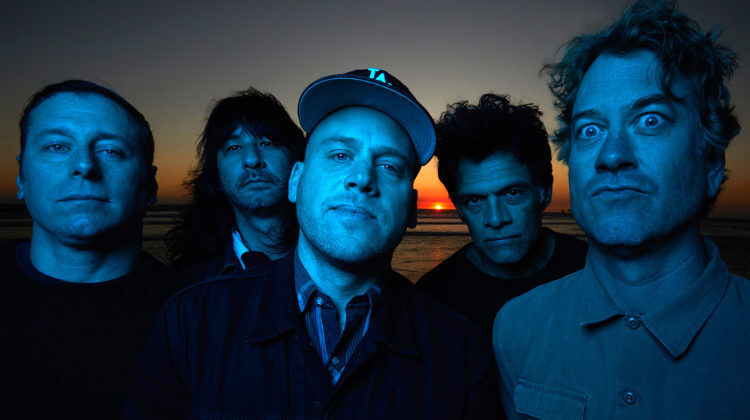 Exhilarating, gritty, and almost guaranteed to get listeners headbanging, The latest album from The Bronx titled Bronx VI is worth a listen – even if it is a little lacking in places.

The Bronx are back with their latest record and, successfully capturing the spirit of punk rock, Bronx VI certainly does not disappoint insofar as it is full to the brim with hard-edged vocals, searing guitar riffs and some outstanding drumming. That said, however, as much as the album as a whole is stimulating from start to finish, individually there appear to be few songs that I find to be memorable beyond a few catchy vocal lines here or a guitar solo there – although I’ll put that down to a matter of personal preference.

What the record perhaps lacks in musical variety it makes up for in lyrical brilliance and instrumental mastery. Peace Pipe includes a rumbling bass and strong percussion whilst the single Superbloom makes the topic of flowers seem pretty hardcore: ‘Nobody lives, nobody dies / Until she opens up her eyes / She is the sun, she is the moon / My desert flower / My superbloom’. Meanwhile, Watering the Well has something of an old-school, classic rock atmosphere to it and elsewhere High Five has some glorious blooming guitar sounds throughout – if I could ride a motorbike, this is the sort of track I could imagine playing while speeding down a deserted highway.

As one might expect, Bronx VI is fast-paced, rhythmic, and does pretty much what it says on the tin, and yet for all its gnarly vocals and aggressive drumming, there really isn’t much else to the record. I know it may sound as though I’m criticising a punk rock album for being almost too punk rock, but from about halfway through the record it all begins to sound a little too similar – energetic and dynamic though it is.

Personally, I would have liked to see just a little bit more variety as the majority of the tracks seem to blur into one another to the point that if you were to listen to the record on repeat you’d have a hard time working out the point at which the album starts again and whether or not you’d heard any of the songs before – or, at least, that’s what I’ve taken from it. Other than that, if you’re a punk rock fan then by all means give this album a listen.