Home » articles » Temple of Void: The World That Was – Review 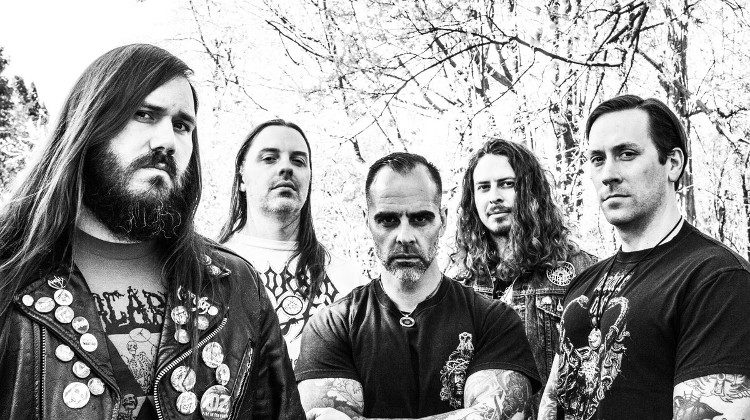 Temple of Void unleashe their third full record, The World That Was, featuring big riffs, stunning musicianship and a penchant for powerful melodies.

Temple of Void are certainly not newcomers to the scene, already having two full-length records under their belts as well as other split releases and compilation offerings. 2014 saw the band release their crushing debut, Of Terror and the Supernatural, and they followed that one up in 2017 with the even stronger Lords of Death album. They released an absolutely killer song in 2019, Harvest of Flesh, as part of a split with the band Revel in Flesh. 2020 marks their eagerly awaited third record, The World That Was, and they have raised their own bar with the strength of their past releases. To say that this record lives up to that bar is an understatement.

A Beast Among Us opens up the record in furious fashion. Spot on guitars and ridiculously tight drums are featured here, and Mike Erdody’s vocals are second to none – I’m talking best in the genre. You can hear hints of new influences creeping in, but it only adds to the feel. This remains unquestionably Temple of Void and temptingly moody as the track soars. An absolutely killer way to kick off the record.

Self-Schism is next, and it immediately smashes you in the mouth. This one is a head-nodding doom-metal masterpiece. The guitars slice into the crushing rhythm section with precision, and the result is breathtaking. I literally tried to find something to critique here. I couldn’t. This is magic. A Single Obolus then floats in with beautifully crafted guitar work compliments of vocalist Mike Erdody. Minimal and soothing percussion gives it a calming foundation and it is just a moving and fantastic piece of music. It provides a perfect calm before the storm of the next offering.

Leave the Light Behind continues to feature strong guitar work from Alex Awn and Don Durr, and the combo of Jason Pearce (Drums) and Brent Satterly (Bass) continue to lay down a dominant foundation. You will hear clean-ish vocals at times that work perfectly. It’s dynamic and catchy and shows a maturing band growing creativity.

Casket of Shame is nearly eight minutes of sonic assault. This is a magnificently crafted metal song and has one of the catchiest main riffs that I have heard in quite some time. Listening to this one made me want to run through a brick wall or something. Just a tremendous song. All five pieces work together flawlessly to create one of the best tracks in the Temple of Void catalogue.

The record concludes with the twisting and turning The World That Was. This is an attention-grabbing and attention-holding piece; an epic piece of work. Melodic and powerful guitars, riffs on top of riffs, and the rhythm section is deadly. Vocally it continues to be stunningly good, and the grandiose ending is a great way to close the record.

There are not enough superlatives to express how good this record is. The musicianship is at the top of the genre, as are the vocals. There is not a dull moment on the record and it will resonate through your head all day after your first listen. Simply put, Temple of Void have firmly planted themselves near the top of the genre with this release. I implore you to to buy this record, see them live, and let the glorious sounds of The World That Was take you away.