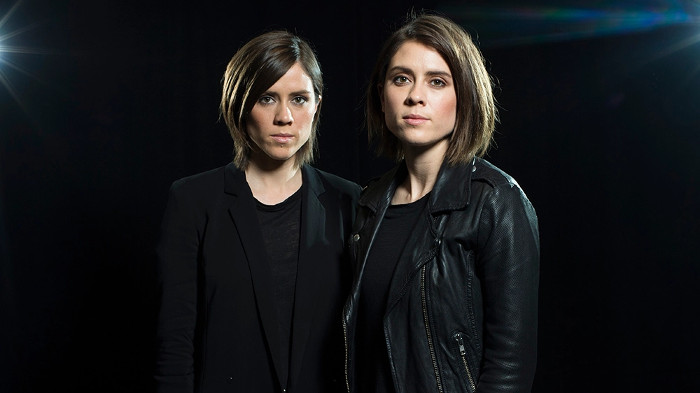 Tegan and Sara revisit the cassette tape demos of their teenage selves and bring a slick though poignant synth-pop sensibility to bear upon their raw high school journals of juvenilia.

For their ninth album release, the Canadian queer-pop duo known as Tegan and Sara have raided their high school years for inspiration, drawing upon cassette tape recordings which have lain dormant for two decades and tweaking them for a long-player that accompanies their new memoir, High School. Lyrically the songs inhabit familiar territory –  desire, agony, confusion and furtive same-sex flings – whilst the thirty-nine-year-old twins’ guitars return to the fray on tracks like the anthemic, fuzzy chuggers I’ll Be Back Someday and I Know I’m Not The Only One, acoustic lament Please Help Me and power ballad I Don’t Owe You Anything. 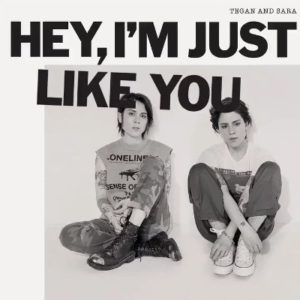 Hey, I’m Just Like You reveals not just a prodigious teenage talent but also demonstrates a sure-footed maturity and sophistication in composition and arrangement; cloaked in a wintry string backdrop, the aching piano ballad of unrequited crush, Hello, I’m Right Here, wouldn’t sound out of place if Adele covered it.  Elsewhere, there’s a pleasing and organic synthesis of synth-pop, power-pop and indie-rock that refutes any charge of the project being a regressive throw-back; this is typified by the cathartic, 80’s-indebted title track, a keening melody propelled by icy synths and lyrics.

The identical twins came of age in the era of slacker grunge and West Coast pop, and though the addition of Aussie producer Alex Hope and a heftier budget inject a plusher, more robust character, these tunes clearly betray the influence of their formative inspirations: We Don’t Have Fun When We’re Together Anymore, a song about embracing new perspectives and moving away from friends, is a precision-tooled slice of pop sugar and I Know I’m Not The Only One serves up sad-happy punk-pop par excellence.

In conclusion, Tegan and Sara’s time capsule of teenage dirtbag journal entries is elevated by a modernist sheen and the ebullience of their creators; they glow and pulse with a sleek plain-speaking, swinging between the pathos of heartbreak and the dignity of sorrow.