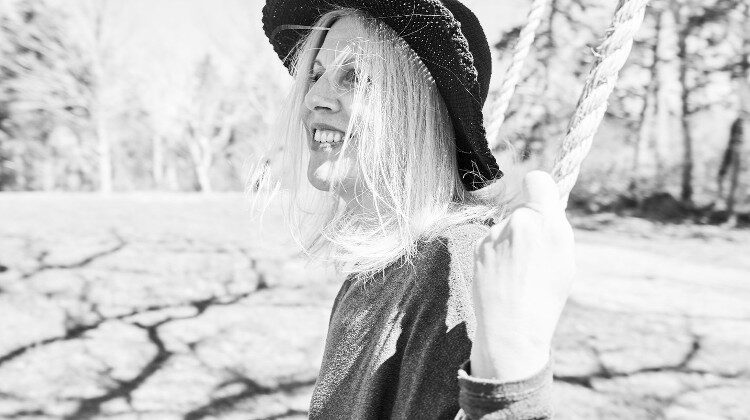 Alt-rock veteran Tanya Donelly hooks up with a majestic strings and harmony combo to tackle classic, heavy-rotation songs in fine, magisterial style on their self-titled collaboration.

There are occasions in music when great moments spring to life by happenstance; ‘Tanya Donelly and The Parkington Sisters’, an impromptu project born out of a chance meeting at a local gig, falls into this category. The Rhode Island-based, Grammy-nominated former Belly, The Breeders and Throwing Muses singer-songwriter has followed up her numerous Bandcamp cover versions in quarantine with this, an exquisite collaboration with The Parkington Sisters, a Boston-based quartet of siblings raised by a prog-rock musician and a classically trained guitarist and songwriter.

The record is an attempt to honour some of the most enduring and meaningful pop songs and songsmiths of Donelly’s life, dipping into the songbooks of the likes of Leonard Cohen, Michael Nesmith, Echo And The Bunnymen, Ray Davies and Split Enz. She has form in this area, having contributed to The Smiths and Elliott Smith tribute albums and tackling big hitters as far back as Gram Parsons’ crestfallen Hot Burrito #1 in 1992 and The Beatles’ Long, Long, Long in 2006.

Donelly’s crystal-ball-clear instrument retains its beguiling mixture of Nashville-leaning wisp and rasp, but the most telling intricacy and colour come from the unfettered strings, which lend the production both a sprightly, sinewy energy and a honeyed, fireside atmosphere that soothes and adds subtle shading to well-worn melodies. Every track incorporates either a cello, violin or viola, and even two or more in a single song.

The opening numbers, The Go-Go’s Automatic and Cohen’s Dance Me to the End of Love inhabit a mournful and ominous register that’s broken by the uplifting luminosity of Davies’s Days. Their beauteous treatment of the Kinks and Kirsty MacColl classic is an obvious highlight, as is the lush reappraisal of Echo And The Bunnymen’s Ocean Rain.

The rendition of The Go-Go’s Automatic – a song about heartlessness and alienation – retains the imperious melody of the original but is now doused with the regal plucking of bowed strings that conjures a dreamy if sinister soundscape suffused with an entrenched emotional resonance. The sisters lay down a crepuscular mood here, with sustained use of the e-bow mustering a series of ruminative, gothic tones and effects. The band reach a pinnacle on Nesmith’s Different Drum, which many will know from covers by Linda Ronstadt and The Lemonheads; here the plush tangle of strings chime with a suave chamber-pop elan.

They cook up a country-laced, whisky-bar intensity on Paul McCartney and Wings’ Let Me Roll It, where pirouetting violin, bluesy keyboard lines and the bottomless simpatico of the sisters achieve an epic sweep on the chorus.

Leaving with the tonic of a barbershop-like, pick-me-up prayer (Mary Margaret O’Hara’s sublime and fragile You Will Be Loved Again) that directs the listener to possibilities of hope, this album showcases a palpable, intuitive synergy between two artists, yearning softly together and shedding new light on hoary evergreens. Donelly’s enduring and signature country-noir brims with an ineffable magic and refutes F Scott Fitzgerald’s quip about there being no second acts in American lives.