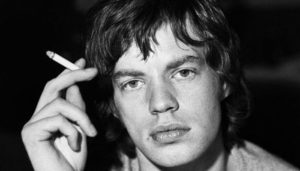 Mick Jagger (of a little known band called The Rolling Stones...) is gearing up to release his four solo albums as reissues on 180-gram vinyl. The releases include She’s The Boss (1985), Primitive Cool (1987), Wandering Spirit (1993) and Goddess in the Doorway (2001). The records will be released through Universal Music Enterprises, having been cut at the world-renowned … END_OF_DOCUMENT_TOKEN_TO_BE_REPLACED