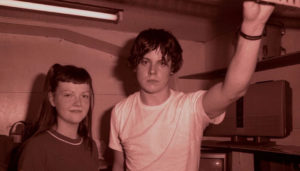 Jack White’s label Third Man Records is reissuing The White Stripes debut album as part of its 20th anniversary. The White Stripes XX will be released as part of Third Man Records’ ‘Vault Subscription Service’ with special features aplenty. Featuring two discs of red and white (of course), not only do you get the debut album mixed by Jack White, but you’re also treated to … END_OF_DOCUMENT_TOKEN_TO_BE_REPLACED