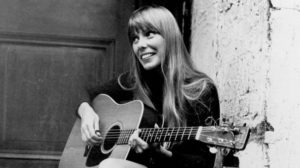 Joni Mitchell is set to release her acclaimed 2007 record, Shine on the vinyl format for the very first time. The release is set to be available from April 2020 via record label, Craft Recordings.  The best-selling 2007 album will be released on black, 180-gram vinyl, but it’s as yet unclear if there will be any additional sleeve notes, photography or special edition … END_OF_DOCUMENT_TOKEN_TO_BE_REPLACED