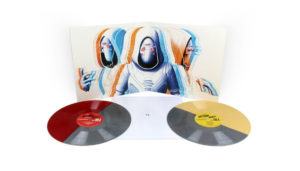 Get your turntable ready for some epic Marvel Cinematic Universe mayhem as Mondo is set to release every single soundtrack in the saga. Mondo music, in partnership with Marvel Music/Hollywood Records, will be releasing wax editions of all the marvel movie soundtracks to date, featuring collectable artwork, coloured discs and previously unreleased bonus tracks. With … END_OF_DOCUMENT_TOKEN_TO_BE_REPLACED