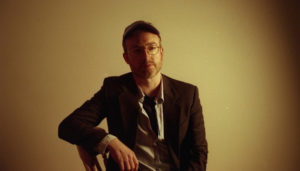 Duncan Lloyd steps into the abyss once more as new record Outside Notion shows a moving maturity amongst scintillating rhythms and sounds. Duncan Lloyd might be previously known for his work with indie rockers Maximo Park, but in recent years he’s managed to firmly establish himself as an artist in his own right. New solo record Outside Notion further cements this position. … END_OF_DOCUMENT_TOKEN_TO_BE_REPLACED