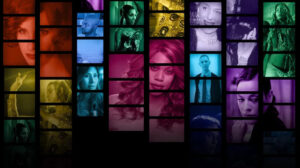 Directed by Sam Feder, the new Netflix documentary Disclosure is also releasing the soundtrack on vinyl composed by Francesco Le Metre. Disclosure delves into how fabled stories of Hollywood deeply influenced the USA’s feelings about transgender people. It also looks into how transgender people are often taught to perceive themselves, with the film gaining rave reviews at … END_OF_DOCUMENT_TOKEN_TO_BE_REPLACED