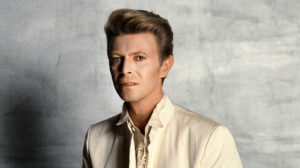 It has been announced that a previously recorded David Bowie session named ChangesNowBowie will be released for Record Store Day 2020 through Parlophone. This consists of a limited edition 9 track LP of previously unreleased material on 12" vinyl. The full tracklist is yet to be announced but will include a previously unreleased version of the thin white duke's The Man Who Sold … END_OF_DOCUMENT_TOKEN_TO_BE_REPLACED