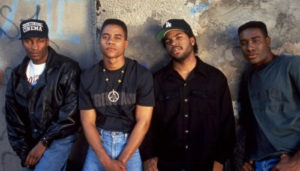 Classic 90s movie Boyz n the Hood is having its soundtrack released on vinyl for the very first time. Released in 1991, the movie centres around three young men living in the Crenshaw ghetto of Los Angeles as it brings up questions of race, violence, politics and relationships. The soundtrack will be a limited release as a 2LP set through UMe. It will be pressed on … END_OF_DOCUMENT_TOKEN_TO_BE_REPLACED