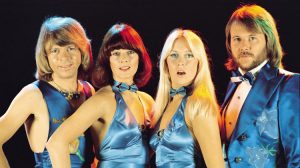 Swedish pop legends ABBA will release their eight studio albums on coloured vinyl as a collectors box set for the first time. Titled ABBA: The Studio Albums, the box set will be released via UMC/Polydor with the eight studio albums housed on 180g vinyl, each on different coloured vinyl and featuring the original artwork. There was a previously released box set in 2014 which … END_OF_DOCUMENT_TOKEN_TO_BE_REPLACED