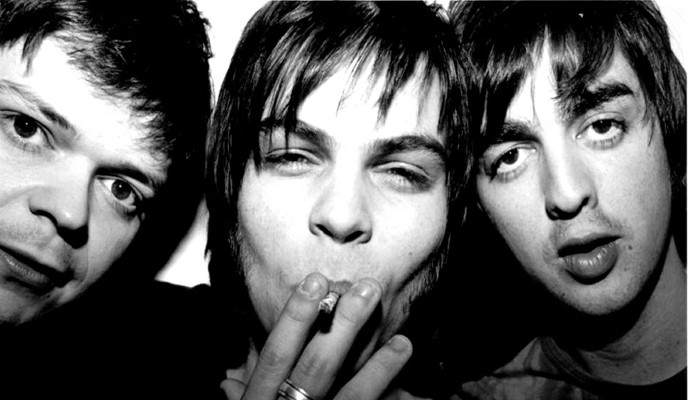 One of the biggest news stories to come out last week was an announcement that 90’s indie rocker Supergrass were getting back together and touring in 2020. Inspired by this news we look back at the trio’s debut album I Should Coco, which turns 25 next year.

When Supergrass released their debut album I Should Coco in the Summer of 1995, the eyes of the music industry and the masses were looking in two different directions. With one eye still focussed on the American Northwest and the bands inspired from that, while the other side glancing at the emerging Brit Pop movement. There was this focal point in the dead centre of its vision that was only slightly catching its peripheral. Brit rock bands like Therapy? Terrorvision and Skunk Anansie were releasing outstanding material to modest critical and commercial success.  Then seemingly out of nowhere three cheeky chaps from Oxford sprang up with their first album to draw attention to that far horizon.

Many have tried to pull off the three-piece sound, but few have truly mastered that power trio vibe of Cream and The Jam. But Supergrass have all the components to fill those shoes. A tight rhythm section, that fills the space beautifully with bass-driven riffs from Mick Quinn and Danny Goffoy’s intricate drumbeats, which leaves the freedom and room for singer and guitarist Gaz Coombes distinctive melodies. 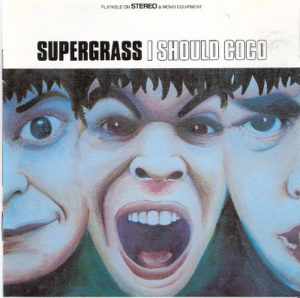 I Should Coco contained five single releases in its tracklisting, but it was the fifth single; Alright that propelled the band to superstardom. Out of character from the rest of the album, this cheeky three-minute wonder is soaked in pop charm. Paired with a ‘The Monkees’ inspired music video that helped make Alright an international success.  There were even rumours that Steven Spielberg wanted to make a Monkees movie with the three lads. But I should Coco is so much more than ‘the hit that doesn’t fit’; sure there are plenty of sing-along lyrics, but the intelligence of the music writing and arrangement has truly blown me away.

20 or so years between listens has given me so much more admiration and appreciation for Supergrass and makes me question why I didn’t give I Should Coco more of my time in 1995. Perhaps I’ve already answered my own question, I saw them repeatedly on MTV and made a rash judgement, but better late than never. As you spin through the album there are so many highlights. Caught by the fuzz, Strange Ones, She’s So Loose and Lenny to name a few. They all have that dynamic and flow that fills your brain with addictive sound waves and put a swagger in your step.

I Should Coco went on to be the besting selling debut album for label Parlophone Records since The Beatles.  What Supergrass achieved with this album is sonically immeasurable. Bringing the classic British three-piece format back to life and delivering a masterpiece in the process.