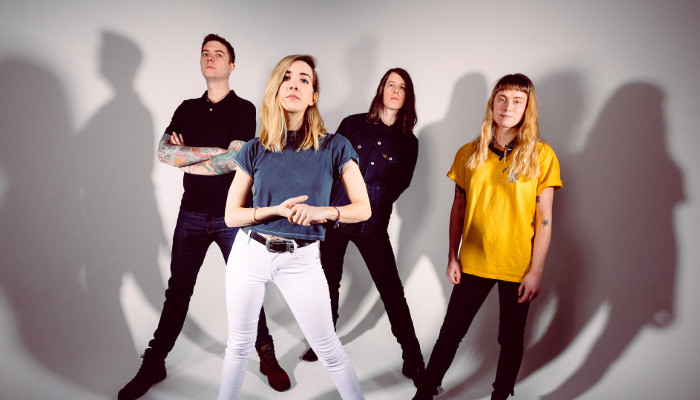 Summer Cannibals make a statement with their latest release, Can’t Tell Me No in an album that’s born from difficult circumstances.

Can’t Tell Me No is the latest release from the Portland, Oregon based band Summer Cannibals. To say that this record was written in a unique fashion would be an understatement. Front-woman Jessica Boudreaux and company had a new album ready to go – and opted to scrap it due to industry and personal abuses. After dealing with a manipulative relationship, both personally and creatively, Boudreaux took a look at the circumstances and the options for the material that was written. These circumstances culminated in not only a record being shelved but a new, very personal one being written. Putting in long days of writing, recording, and mixing on their own, what emerged is a statement of independence, confidence, and a catchy and very listenable record.

The first track, False Anthem, sets the tone for what is to follow with strong guitars, bouncy rhythms, and nice harmonies. It also sets the lyrical tone for the record and gives a glimpse into what fueled this release: “You stand so tall…When there’s no chance to fall”. It’s a very good opening song, and both musically and lyrically driving. It basically throws up a middle finger and tells you to buckle up. 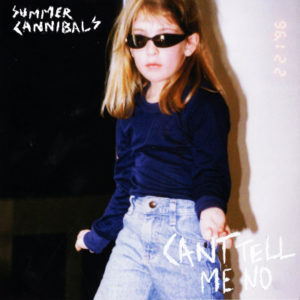 Next up is the title track, Can’t Tell Me No, which is another guitar driven anthem. Keeping with the same lyrical theme, you begin to hear the subject matter that drove this record even more clearly: “The fog is lifted, the coast is clear…I’m jumping higher without you here…Drag me down, you’re a weight on my back…There’s no saving, just had to get the fuck out”. Another very solid song.

That leads us to Behave, which begins with a melodic, bass-heavy intro and leads onto stellar vocal harmonies with a nostalgic feel, and continued strong lyrical content: “What if I don’t say the things that I’m thinking? Will it make them go away?” This one will have you singing along in no time.

The first side of the record concludes with a solid trio of songs. Like I Used To abruptly kicks in with a solid, poppy verse that is steady throughout the song. The lyrics continue with the heavy, personal subject matter that leaves no question as to their meaning. This is simply a catchy, solid song. Innocent Man kicks in with a wonderful bass line and has one of the grooviest verses on the album. This is a well-placed track and fits the flow very nicely. Side A closes with One of Many, which has a definite 90s indie feel, but in no way sounds stale. The rhythm section keeps this one tight, and, as is common on this release, we hear strong vocals and musicianship.

The second side kicks in with Staring at the Sun, which is clearly a ‘taking back control’ anthem. Start Breaking, Hesitation, and Spin continue to offer melodies and riffs that are sure to stick in your head long after your first listen. The closing track, Into Gold, is stripped down and has a mellow feel, differing from much of the record: “I’ll be the one to wanna break this mould…Pull myself out of the dark and back into gold”. It is a fitting conclusion for what is an emotional and entertaining listen.

Summer Cannibals have created a nice piece of music with Can’t Tell Me No, especially considering the circumstances surrounding it. This is a strong record, and well worth a listen.