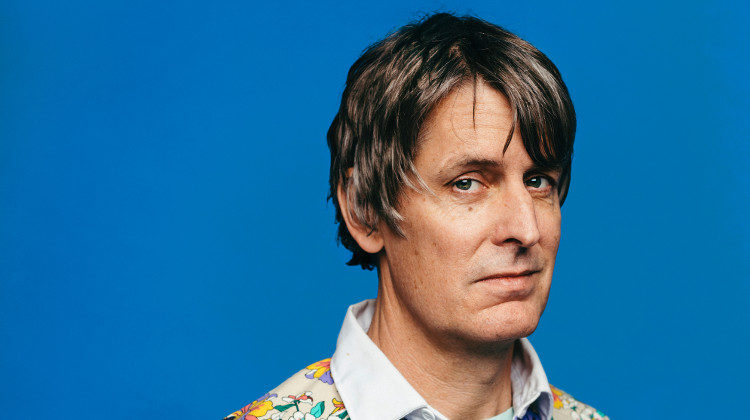 The former Pavement leader, Stephen Malkmus’ returns with a typically whimsical if rambling take on a psych-folk album.

The elder statesman of slacker indie rock, Stephen Malkmus, has frequently resembled an aimless, rootless soul since Pavement’s demise almost two decades ago. However, since 2018 there have been signs of a tentative return to form and a sharpening of creative focus; 2018’s Sparkle Hard and last year’s Groove Denied made relatively successful forays into hitherto uncharted directions. On his new record, Traditional Techniques, Stephen Malkmus gravitates towards the campfire for a series of languid curveball pastorals, with fitful success.

Malkmus’s latest project represents the polar opposite of his previous, bleating electronic/post-punk outing, Groove Denied, in terms of aesthetics and instrumentation. However, those anticipating something trad and hey nonny nonny will be assured that the former Pavement front man’s arcane abstraction remains central, with his signature shabby junkyard surrealism infecting these twelve-string strums, ripples of reverb and flute-laden laments.

Jettisoning regular support from The Jicks and recording in cahoots with Chris Funk of The Decemberists, Chavez/Zwan guitarist Matt Sweeney, Afghan rabab player Qais Essar and other luminaries, Traditional Techniques is predominantly acoustic-based psych-folk reverie featuring twisted and discursive lyrics and a meandering musical style whose charms will vary depending on your tolerance for its author’s goofy propensity for self-indulgence. At its best – Flowin’ Robes, Amberjack and Brainwashed  – it radiates the cocooned, handmade warmth, stoned languor and watercolour brushstrokes of a folk-rock classic by Beck, or even Thurston Moore’s Beck-produced Demolished Thoughts from 2011, yet much here sounds dutiful, by-numbers, neutral and vague.

ACC Kirtan lures the listener in with a swirl of sitar, banjo and flute tootles before the weepy shuffle of an acoustic guitar takes root alongside the singer’s trademark deadpan witticisms: “The Duraflame’s wet/The ganache won’t set/Where are the rings/For my sweet serviettes?” The Middle Eastern-tinged Shadowbanned will satisfy the curiosity of those long-time fans drawn to Pavement’s ironic shtick and yet for this listener it’s overwrought, tedious and long outstays its welcome. The plaintive country-folk stroll of The Greatest Own in Legal History, a first-person narrative from the point of view of a mentally wracked and arrogant lawyer, locates a satisfying mid-point between this album’s slow-rolling, layered guitar textures and his fuzzy, rag-tag loopy mode in Pavement; there’s an ethereal pathos and coal-grey wistfulness that’s in short supply elsewhere.