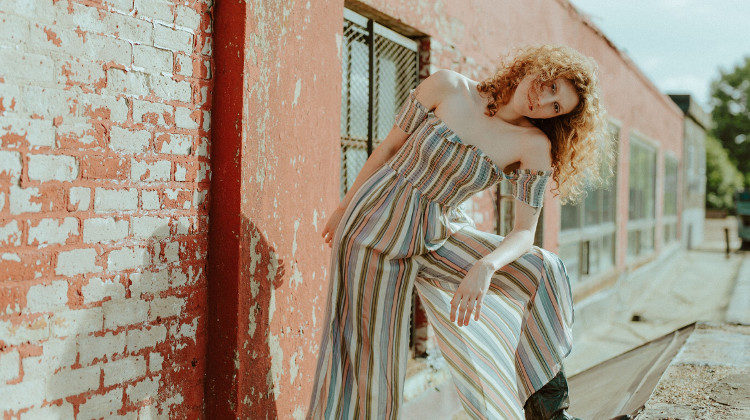 The guitar confessionals of the Bostonian singer-songwriter Squirrel Flower pack an exquisite punch as she hits her stride with a beguiling collection of sombre and brooding mediations.

Ella O’Connor Williams’ new album, I Was Born Swimming, under her Squirrel Flower moniker sets out its stall immediately on its first song, I-80, an opening salvo whose enticing lament foreshadows the record’s pensive proclivities and pained vulnerability: “I tried to be lyrical/But lyrics failed me”. The self-taught, Iowa-via-Boston artist, who’s been peddling her grungy strums for the past six years on the latter’s DIY and lo-fi circuit as well as writing reams of poetry, delivers this with a wispy, folkish introspection that surrenders to an expansive escalation of noisier guitars and a cavalry of drums before an abrupt denouement; this is not the first time on this record that she swipes sideways and removes the rug from under us.

The title of the album carries an origin story and refers to the singer’s birth; she emerged bathed in amniotic fluid. Her brand of song-craft eschews precious navel-gazing and veers towards moods of impermanence and yearning for a jolt of new sensations and locations, transmitting a bewitching, ethereal haze from a tentative alt-folk base. This is typified by the segueing of autumnal tones and storming riffs on Red Shoulder and the slow, desolate then stirring beauty of Rush. Whilst favouring a delicacy of texture and restraint of delivery in her vibrating vocals and crystalline guitar work, Williams tends towards slow and mid-tempo ballads which contract and expand into grinding choruses and looser arrangements that recall such luminaries as Snail Mail and even Kurt Vile.

Headlights employs a wistful finger-picking style, Street Light Blues examines the dying embers of a failed relationship via the titular metaphor and Slapback chugs and buzzes with candour and sass (“If you slap me, I’ll slap you right back”). Meanwhile, the ghostly, almost instrumental Seasonal Affective Disorder induces fragile shivers and the soul-searching of Belly Of The City carries echoes of War On Drugs: “I know the darkness of these roads as well as you do”.

Come the closing, languorous title track, which resurrects the melody from I-80 as a nod to a circular narrative and intimates that the open-road-seeking Williams is stuck in a funk, the listener feels as though they have been privy to pages torn from an autobiography: Squirrel Flower is as unguarded as she is provocative.

Propelled by striking melodies and kissed by reverb, Squirrel Flower’s haunting, hopeful art – retreating from inertia and comfort, exploring dark journeys on highways and informed by a phobia of standing still  – promises a deluge of musical memories to relish.