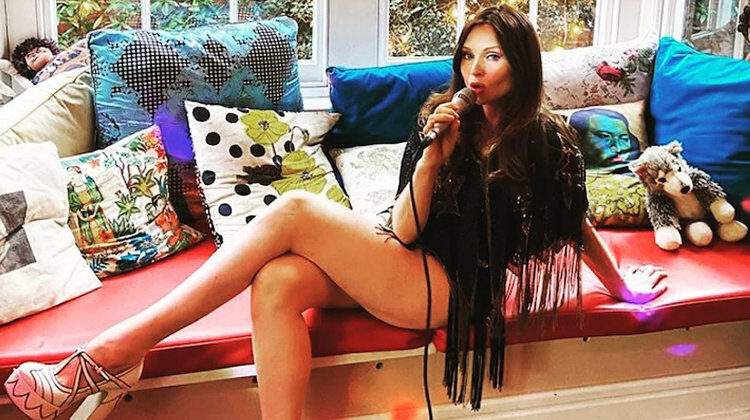 After Sophie Ellis-Bextor entertained the nation in lockdown 1 with her Instagram Live Kitchen Discos, she’s back in lockdown 2 with a collection of greatest hits and covers.

It would be so easy at surface level to be cynical about this release as a money-spinning exercise, but a great deal of thought and care has gone into its curation with the lyrics gaining new poignancy.  Many have attempted to capitalise on the current disco vogue, but Sophie Ellis-Bextor has proven that she has mastered the sound sensitively and artistically.

Any initial cynicism one might have subsides immediately with this (mostly) chronological release’s opening tracks: Groovejet (If This Ain’t Love). As Sophie reassures us “Holding you closer it’s time that I told you everything’s going to be fine”, it’s hard not to sing along, as the familiar sparkly disco beat embraces us after all these years.

The warm nostalgia of this release is incredibly satisfying and feels necessary right now. As the swirling synths, clicks and guitar lick of Murder on the Dancefloor return to our ears 17 years after it was first released, I am reminded of attempting to mimic every dance move in the music video. The familiarity of this album is a blessing, as though an old relative has returned into our lives to comfort us and they’ve brought your favourite sweets.

What is remarkable about this release is the poignancy and new meanings these lyrics have gained. Sophie positively asserts, “So when you’re feeling kinda mixed up, just remember it’s a mixed up world” (Mixed up World) but takes a darker tone later in the album in Young Blood through the haunting remark “The days are ghosts that pass right through us”.

The last quarter of the album, however, takes a different turn consisting mostly of covers which are a bit hit and miss. While her latest single Crying at the Discotheque suits her voice well, it’s sandwiched between covers which don’t add a huge amount to an already excellent album (especially My Favourite Things from The Sound of Music).

Above all, Sophie Ellis Bextor and her greatest hits release has conveyed that much of her music is evergreen and appropriate, even in our darkest hours. If you don’t know the words, you will by the end as the indulgent escapism allows you to get lost in glittery nostalgia for a while. While many artists have missed the mark with their virtual events and tone-deaf optimism during lockdown, Sophie has repeatedly proved that she knows what the people want. For those who are not quite ready to deck the halls and succumb to Mariah Carey’s whistle tones, this is an easy way to spread some Christmas style sparkly joy.