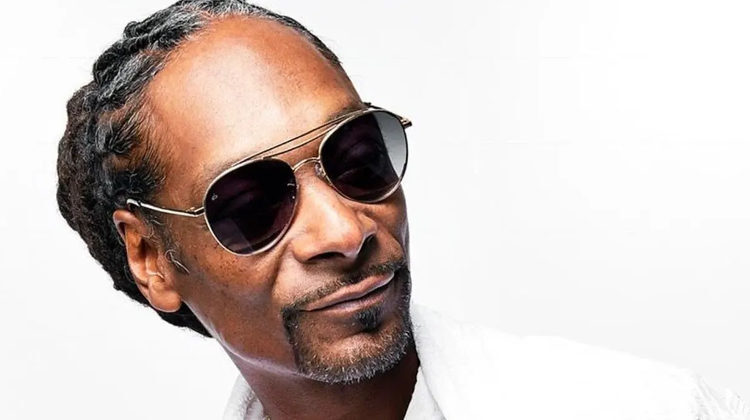 Snoop Dogg Presents Algorithm aims to showcase current artists signed to Def Jam, with an emphasis on preserving “true hip-hop”; whilst highlighting a need to move away from computers controlling our lives.

The live-concert feel permeates every seamless segue, as we are guided through a journey that tries to be reflective, but often the messaging gets confused and lost.

The emphasis on ‘real’ hip hop is peppered throughout the album, but most prevalent at the start. No Bammer Weed drops us right into Snoop’s signature sound world, as lyrics like, “California drippin’ in my low-rider/Hit the switch, bounce, then it go higher” conveying strong hip hop roots. This is enhanced by the production, as Murder Music and Big Subwoofer boast a familiar gritty, old-school 90s production that makes a track distinctly hip hop. Snoop Dogg allows space for discussion of deeper themes such as anxiety (“when you makin’ money/You just get so anxious to get more of it/But you gotta learn how to control that” Make Some Money) and to power of listening (“These dumb n*ggas don’t realize that it’s better to be a learner/But when you don’t is when you get the feelin’ of burner” Murder Music).

Nevertheless, Snoop mostly takes a step back lyrically, as Algorithm is all about innovation and making space other voices. New Oldie boasts warm nostalgia and slippery R&B vocals from Eric Bellinger and Usher, while Go To War talks about more meaningful relationships with women (“I need a woman I can grow with /Know when to talk and when to close it”).

Many, but not all, of the artists on Algorithm give a commendable performance. MALAYA’s indecipherable diction on Anxiety and Inspiration do not live up to the hype Snoop affords her. Moreover, tracks like Applying Pressure and GYU are directionless in their sound. The whole album has a sense of a hip-hop gig of only warm-up acts. It feels like Snoop has outsourced a lot of the work, whilst continuing to take the credit. It’s not until track 23 that Snoop’s culturally conservative views rear their head (as expressed numerous times over the years in interview), as he teams up with ProHoeZak to shame women for how they use social media (“If you really wanna shine, get up off that timeline/TikTokin’ with no money in your pocket/On the ‘Gram all day, girl, stop it” Get My Money).

Giving new artists a platform is commendable, but the lack of cohesion across this release is its downfall. The lack of Snoop’s sound would alienate his core fanbase and the variety of sounds is not always executed well. The album aims to criticise digitalisation in hip hop while bringing real hip hop back, but frankly this is not achieved. Snoop will always be an excellent rapper and when he does appear on this release, he spits well. But no one comes to a live gig just to see the warm-ups.