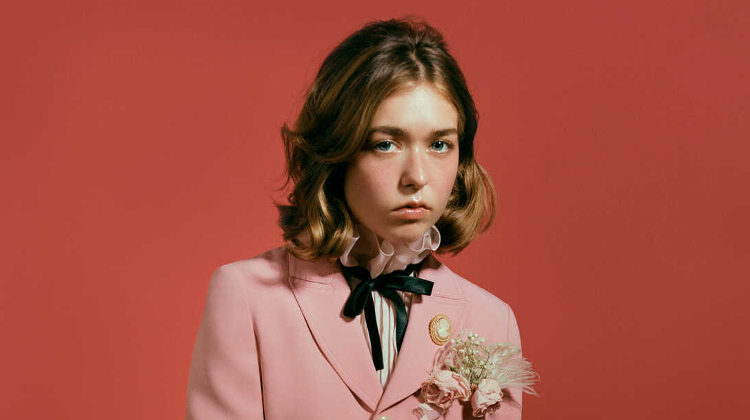 Snail Mail’s eagerly anticipated second album, Valentine, is a deeply personal and moving record which cements her as one of indie rock’s rising stars.

After bursting onto the scene with her debut album Lush at the tender age of 18, Snail Mail, AKA Lindsey Jordan returns with Valentine. As the title suggests, the album is themed around relationships, heartbreak and jealously. This emotional shift is an expression of a difficult three years for Jordan since her last album, where the pressures of teenage fame and overexposure led the young singer to time in rehab. These struggles are openly conveyed throughout to form an honest and powerful record.

There is a striking evolution and growth from the last album, Jordan’s voice has matured to become more whispery and smooth, there’s less blaring guitar and instead synths take centre stage. There’s more attention to detail and the lyrics are more personal and profound. Whilst the result is more polished, it does seem to lack the absorbing raw sound that made Lush so great.

The highlight of the album is the title track Valentine, which builds slowly with gentle synths and Jordan’s soothing vocals to create an atmospheric and emotional aura. “Why do you wanna erase me, darling valentine?” laments Jordan, sparking a sudden shift to a brilliant chorus that really elevates the track. Surging guitars, driving bass and pounding drums create that signature Snail Mail sound. It’s a shame that these moments are few and far between. That doesn’t mean it’s not a great record though, the new style grows on you and tracks get better with every listen.

Moving through the album, Ben Franklin is a particular standout. Synth melodies paring perfectly with subtle mood changes and poignant lyrics on the struggles Jordan had in rehab. Light Blue is more stripped back, acoustic guitar and delicate strings the only accompaniment to Jordan’s vocals, a true showcase of her powerful delivery. Forever (sailing) has a charming 90’s pop sound and is a welcome change to a more upbeat vibe.

The record comes into its own though with Glory, hazy guitars and high-energy drums creating the classic indie rock sound that thrust Snail Mail into the scene three years ago. The final track Mia ties up the album nicely, a delicate piece featuring soft vocals, luscious strings and mellow acoustic guitar, encapsulating the melancholic vibe that underlays the album.

Valentine has further established Snail Mail as a major player in female-led indie rock. Whilst the album may not have the same pull and charm as Lush, it’s another very impressive release from an artist performing well above her age. Valentine is mature, personal and expansive, and Jordan’s delivery is as captivating as ever.