Home » articles » Slipknot: We Are Not Your Kind – Review 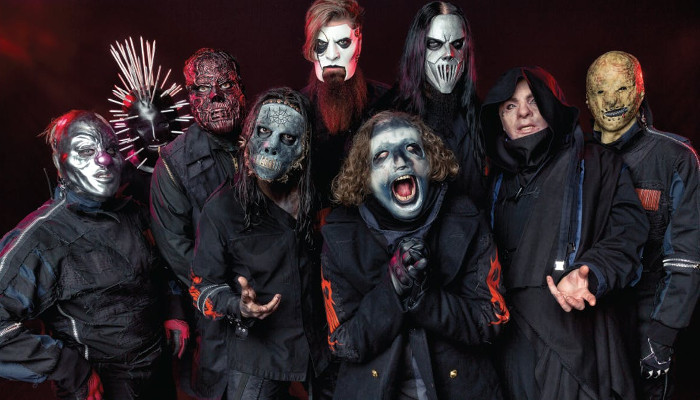 Slipknot comes roaring back with their latest release, We Are Not Your Kind. We take a listen and give our track by track thoughts.

We Are Not Your Kind is the sixth record from Iowa’s Slipknot. The band exploded on the scene in 1999 with their groundbreaking self-titled release. Featuring tracks such as Wait and Bleed, Surfacing, and Spit it Out, the band quickly made their mark on the metal genre and gained legions of loyal fans, lovingly referred to as ‘Maggots’. Ten Grammy nominations, a Grammy win, record sales in excess of 30 million, and five albums later, Slipknot are still as relevant as ever. Through the ups and downs that have been their career, they have persevered, and in 2019 they are ready to build on their legacy with new album We Are Not Your Kind.

The record begins with Insert Coin, which gradually builds to an ominous Corey Taylor whisper of “I’m counting all the killers….killers…killers..” This is a wicked intro which lays out an unsettling mood as we move into the record.

Off we continue with the crushing track Unsainted. This sets the tone and is one of the best Slipknot songs in their catalogue to date. It begins with a peaceful choir until Taylor cuts in with his signature power: “Denial is the darkest when you live in a hole…Why does the hell make you feel so cold?”. The lyrics soar and slice through the fantastic musicianship which careens out of control in anthemic fashion. This is vintage Slipknot, and this is how you open a record. 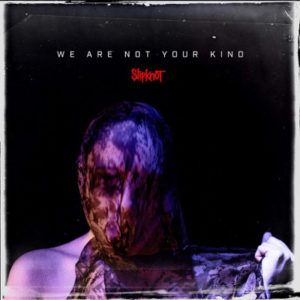 Birth of the Cruel keeps up the pace beautifully. This is a heavy track with the rhythm section laying down a crushing foundation. The guitars slice through and, as expected, it is vocally a monster: “I’m just a Judas, lookin’ for a silver line…And tomorrow is still a step behind…Hey, hey, drama, I’d love to be a waste of your time. Oh no, thanks so much for wasting mine”. Taylor’s guttural and intense delivery will make Slipknot fans smile with delight and played live, this is sure to cause havoc.

Death Because of Death checks in at a mere 1:21, and is an unsettling and haunting track. Nero Forte is guaranteed to make you move and is a highlight of the record. The band isn’t reinventing the wheel with this song, but the wheel doesn’t need to be reinvented in this case. This is a near flawlessly executed song and showcases a band firing on all cylinders. Again, it is sure to translate wonderfully for a live audience.

Critical Darling opens with a pulsating note then abruptly rips into the verse in classic fashion. Lyrically, the song is delivered with purpose and it is musically crushing. The interlude is eerie and unpredictable and then blasts back in with reckless abandon. This is a punishing track that will leave you exhausted.

A Liar’s Funeral is up next and is an oppressive and heavy piece of music. Beginning with a clean, almost comforting lyrical sound, it quickly evolves to anger-filled growls of “Burn, burn, burn the liar”. This one chugs along at a fantastic pace and is emotionally draining.

Red Flag is a classic middle-finger anthem and a throwback to early Slipknot. Complete with a siren-like squealing almost constant in the background and devastating drumming, this is sure to be a fan-favourite: “Nobody will ever have you…You used to be something special…Now you’re nothing new.” This is a driving song that twists and turns as it sends it off the rails.

What’s Next / Spiders features a horror movie-like feel, especially at the intro and throughout Spiders. Thought-provoking lyrics and a creepy musical feel make this one a great listen. It’s a bit of experimentation for the band, but it never loses the Slipknot feel and it works well with the rest of the record.

Orphan begins with a guitar-heavy intro and quickly races away in a frenzy. This is one of the more energetic tracks on the record. Musically it is magnificent and Taylor’s voice is on point. It’s heavy and begs for audience participation during parts of the song: “Everyone has something…Someone here has everything!!”.

My Pain can be described only as uncomfortable with simply haunting lyrics and musically spine chilling. Not Long For This World is a track with the potential to receive airplay commercially, but has no lack of heaviness. It is a very well arranged song, offering a little bit of every element previously offered on this album.

This takes us to the final track, Solway Firth. The lyrical pattern at the beginning of the song resembles English folk-rock with a hint of Irish, then immediately spins wildly into classic Slipknot. The guitar melodies on this song are stunning – this is one of the best songs on the record and will prove to be one of the best Slipknot songs to date. For fans, there is nothing about this song to not like. It features a beautifully melodic riff and is an intense ending to We Are Not Your Kind.

Slipknot has returned, and with a vengeance. They have created a record that will make long-time fans more than happy, and will likely grab a whole new generation of followers with this release. There is no shortage of superlatives to attach to this record, and 2019 is sure to be a banner year for the band. Do yourself a favor and add this record to your collection as soon as possible.