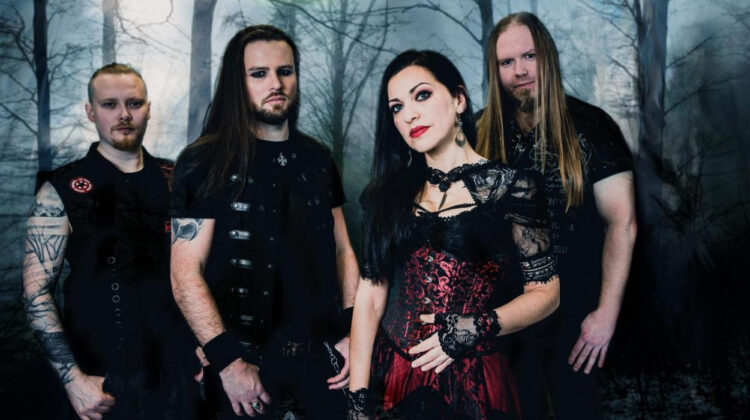 Sirenia, one of Scandinavia’s biggest symphonic metal bands, return to spread their stories on the intriguing and powerful Riddles, Ruins & Revelations.

Sirenia are a band that easily rank alongside Epica, Kamelot, Nightwish and Vuur when discussing the best of symphonic metal, and that’s for good reason. For nearly twenty years the Norse metallers have firmly established their identity, and this new record is no exception to the rule.

This is the band’s tenth album and that’s something of a landmark for a genre like symphonic metal. The biggest strength that Riddles, Ruins and Revelations has going for it is the continued leadership of Morten Veland, whose innovative modern influences go a long way into making this album stand out effectively from the crowd.

Into Infinity is a good example of the modern metal scene on Sirenia. As expected, there’s a great range of dynamics, melodic hooks, and catchy choruses; however, the guitar work is distinctively more pronounced with a focus on clean overdriven tight rhythm sections, reminiscent of djent and bands such as Scar Symmetry, Animals as Leaders and Periphery. Beneath the Midnight Sun is just as pleasing, especially as it opens with some mid-growls over the industrial metal riffage, it’s a great touch.

Downward Spiral has a more classic setup. This is the essence of symphonic power metal through and through, that pre-chorus and hook gives it all away from the offset, it’s massive. Morten and Emmanuelle work well off of one another in the delivery of the vocal lines that ride over the main verses.

Production is extraordinarily clean, and that’s not a bad thing. The mix is very bright too; guitars, synths and vocals have equal space to breathe as the percussion is understated. This is nothing new for symphonic metal, after all, the focus should be on those airy, cleanly sung vocals and enormous swelling atmospheric soundscapes. Things are balanced well.

December Snow is what I believe to be the quintessential track on this release, embodying everything that makes this kind of symphonic metal significant. It starts with a mixture of electronica, cleanly sung female vocals all culminating in an explosive chorus. It’s sure to be a live anthem once gigs and festivals are once again a possibility.

A particular note should be made of Voyage Voyage, a French-sung cover of a Desireless song from the late 1980s. It’s rare when a metal band can transpose their style onto this kind of Europop, but it works out surprisingly well. It’s fitting also that this track closes out the record and works in a symbiotic partnership to allow the listener to reflect on their metaphorical journey of the past hour.

Riddles, Ruins & Revelations is unlikely to convert the non-metal crowd, but it does a lot to take this particular niche of the genre into the modern-day effectively. Regardless, Sirenia have made a fantastic metal record that can live up to the legacy of the band and symphonic/power metal as a whole. Well worth your time.