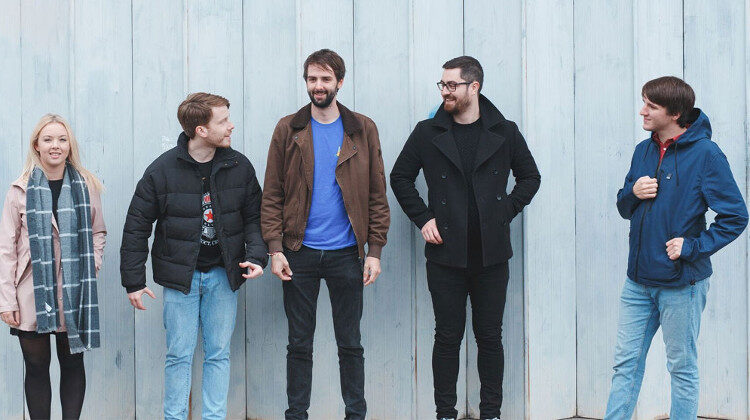 Debut album Fad from Silverbacks has been met with some great early support as they conduct their way through taut rhythms and late 70s punk influences.

Silverbacks are from Ireland but you could be forgiven for thinking these guys are pure unadulterated New Yorkers. Recently making the BBC 6 Music playlist with single Dunkirk, Silverbacks are on the rise, and with good reason.

Fad is strongly influenced by 70s punk and that unmistakable, early New York City vibe.  It’s an album that reconstructs pop culture and moulds it into a whole new wave. For a relatively new band, their sound is ultra-strong and executed with supreme confidence, like opening up a box of sweeties and not knowing which track to choose.

There is a lot to enjoy on this album and the punk/pop has a deeper meaning when you scratch the surface of the catchy songs. If you like The Strokes you will love Silverbacks as this band is directly influenced by them. Silverbacks are kind of like The Strokes long lost illegitimate children, with a healthy measure of Dublin wordplay and Johnny Ramone’s attitude thrown into the mix.

Just In The Band is a great track which pulls in the lyric inspiration from David Bowie and Iggy Pop and their friendship. This track smacks of the Andy Warhol era and the feelings of the 70’s New York Underground music have been lovingly recreated on this whole album.

Dunkirk kicks in with a clear, high riff and vocals reminiscent of The Ramones. This track paints a picture of a man having a midlife crisis on a beach which has been built on a former battlefield. It examines memory and identity, viewed through the lens of wider society.

What really helps the record stand out is when some of the ideas are bowled out of a left field. For example, the track Grinning At The Lid draws its ideas on youth from the often unacceptably obscene Urban Dictionary, but is skillfully handled and helps take the track to the next level.

Up The Nurses has to be the most topical track around with Blondie style vocals bassist and vocalist Emma Hanlon. This is a new wave jam about mad love and the unwanted adoration someone receives for the care they’re giving someone. It’s a clever track brilliantly sung by Emma Hanlon, hitting just the right pitch of wonderment and cynicism. As brilliant as the NHS are during the pandemic many of the NHS staff are bewildered by this new style of hero worship. It seems that the public has stopped worshipping celebrities and have started worshipping nurses. Which, come to think of it, isn’t such a bad thing! Up The Nurses has a real charm all of its own in its understated class and gentle smartness. A new anthem for our times perhaps? I gave this particular track several plays and it’s a song that strikes a pure and relevant chord with me. This is the stand out track on the album.

Fad is a stunning debut from Silverbacks. It’s a record that has much replayability and creates something new from the sounds and genres they admire so much. This band will go far.