Home » articles » Seth Bogart: Men on the Verge of Nothing – Review 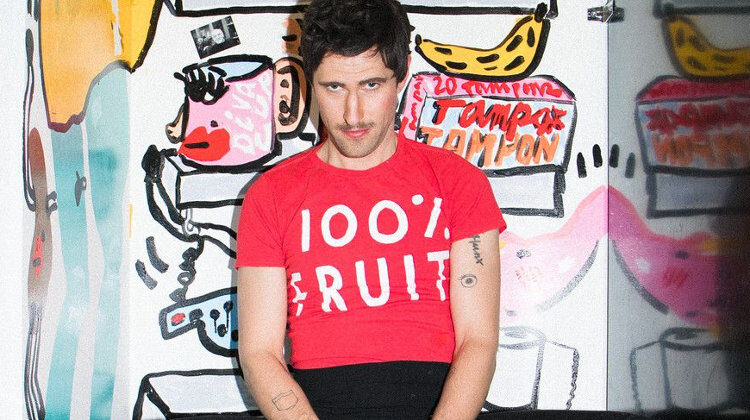 The flamboyant Seth Bogart’s eponymous debut in 2016 was a critically revered breakthrough for the West Coast art-punk, fashion entrepreneur, visual artist and former founder of the trashy Hunx & His Punx, marrying camp aesthetics and dollops of scuzz with a slick, Broadcast-referencing electro. His second long-player, Men on the Verge of Nothing, resides more in the ball-park of brattish insouciance and droll social commentary as it marshals collaborations with an engaging cast of alt icons including Kate Nash, Roxanne Clifford, Alana Amram, Tobi Vail and Kathleen Hanna.

Intimations of Ariel Pink, Jonathan Richman and The Strokes abound, with upbeat moments of campy flair sandwiched between heat-warped melodies, lo-fi clatter and wistful passages of startling intimacy. Threaded throughout Bogart’s missives is an unconcealed agitation between goofy twinkle and queasy cynicism that makes the record compelling.

Professionals takes aim at the appropriation of “queerness” among heterosexuals in academic and art circles (“They love to breed us/You smell like an amateur.”). Elsewhere, the theatrical Lavender Heights quivers like The Magnetic Fields, the galloping Boys Who Don’t Want to Be Boys scorns toxic masculinity over crispy snares and bristling guitar feedback and his interpretation of X-Ray Spex’s Oh Bondage! Up Yours! cleverly recasts the feminist anthem as a spectral, Velvets-like study of desolation and deflation.

Seth Bogart is a multi-disciplinary figure with fingers in numerous pies; on the evidence of Men On the Verge of Nothing it appears that there is some potential for him to transcend accusations of dilettantism and become a serious, gritty chronicler of modern urban life; the best songs here affix melodic warmth to layers of cycling guitar phrases and nimble garage twang.